United reveal the extent of the Varane groin injury 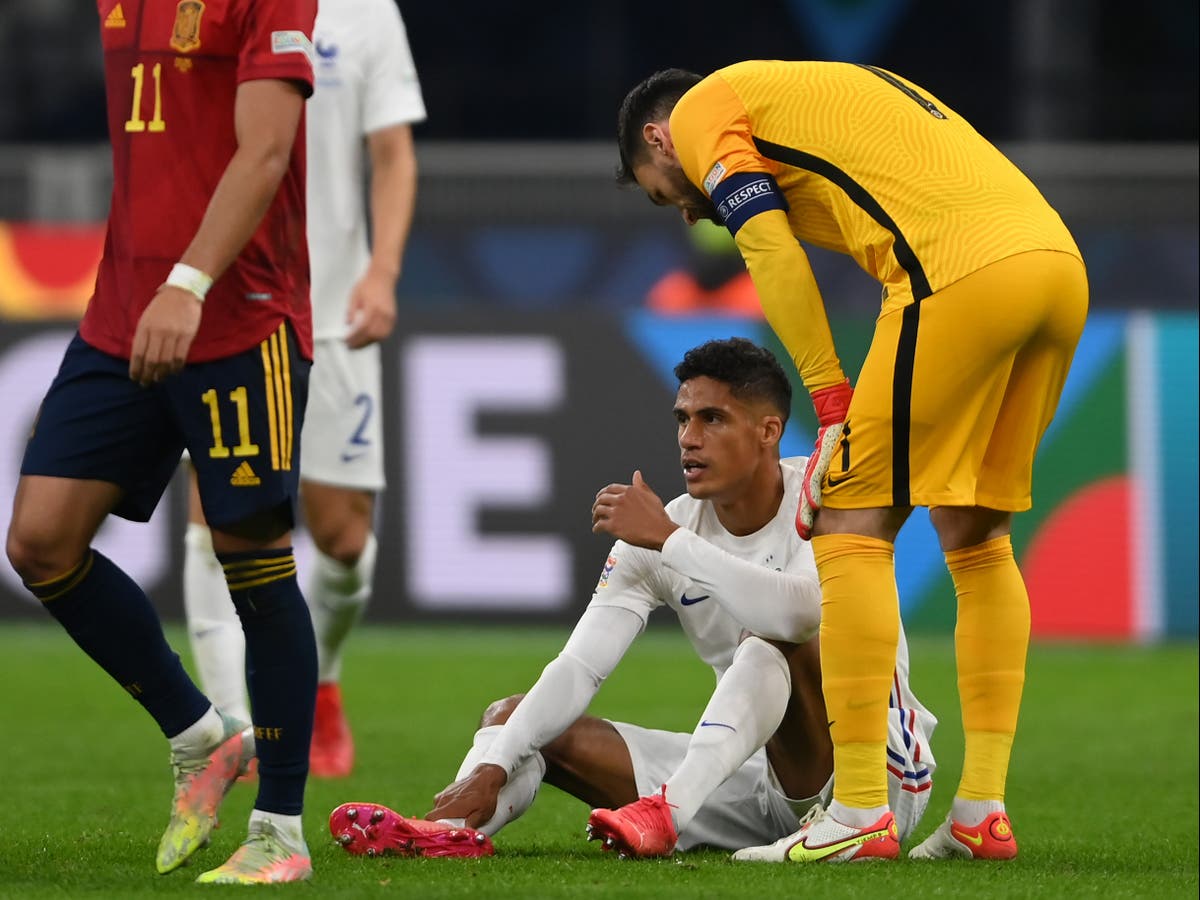 Raphael Varane will be out for “a few weeks” with a groin injury, Manchester United have confirmed.

Varane has returned to Manchester after injuring himself in the French Nations League final win against Spain on Sunday night.

The 28-year-old defender hobbled away after stopping while running in the first half and was spotted with an ice pack on his right leg.