Uniforms popular with fans could return in 2022 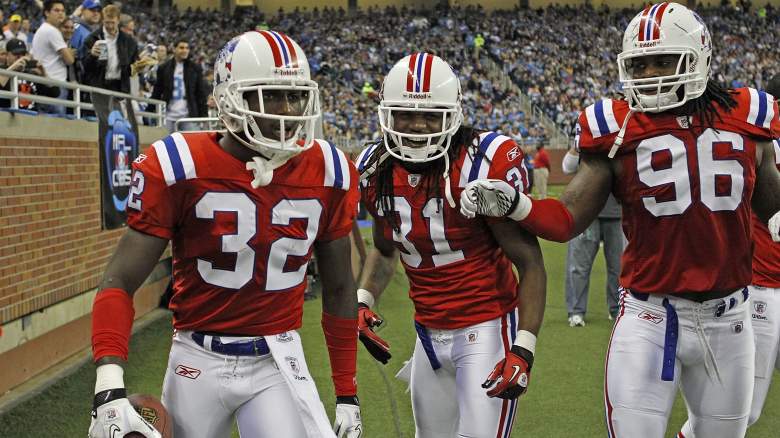 he New England Patriots could look a little different on the field in 2022.

It has long been speculated that the Patriots’ classic “Pat Patriot” uniforms may return. That Patriot Hall of Fame tweeted that the red 2022 throwback jerseys would return before the start of the new year.

However, there was some concern as to whether this would still be the case, as several teams have delayed returning their throwback jersey due to supply chain issues. The Tampa Bay Buccaneers and Philadelphia Eagles announced they would wait until 2023 due to supply chain shortages.

The image of the helmet appears to be at the Patriots facility since the team began voluntary off-season training. Fans will also notice the tag through the helmet’s ear hole.

The last time the Patriots wore these uniforms was over 10 years ago. New England first wore red as a retro look in 2002 during a Thanksgiving game against the Detroit Lions. Pat Patriot didn’t return until 2009 and the last game with the red shirts was in 2010 in an October game against who else but the Lions.

New England brought back the jerseys to celebrate the 50th anniversary of the AFL.

Although not worn since then, the red jerseys were not officially out of service until 2012. In 2013, a new NFL rule required one helmet color per season. This effectively removed some throwback jerseys from use and left fans itching for their return. The rule was lifted in 2022.

In a memo to teams this summer, the NFL allowed teams to start using alternate helmets again as early as 2022 if they notified the league by July 31. According to Pro Football Talk, the June 24 memo also stated, “The cancellation date for 2022 uniform changes has passed” and that the only alternate uniforms allowed in 2022 would be “those previously approved by the league office.”

This allows teams to wear throwback uniforms that feature multiple colors on the helmet. Several teams, including the Patriots, were excited and began working to bring the throwbacks back onto the field.

The NFL Draft, which takes place in late April, is usually a time for teams to unveil new uniforms. When the Patriots unveiled their new uniforms in 2020, they did so a week before the draft.

Another optimal start date for New England would be the release of the 2022 NFL schedule. The league announced Thursday that the entire schedule will be released on May 12.

The return of the throwback jersey will serve as the beginning of a new era for the Patriots. With Mac Jones in the middle and leading the New England offense, it seems like a perfect time to bring the uniforms back.