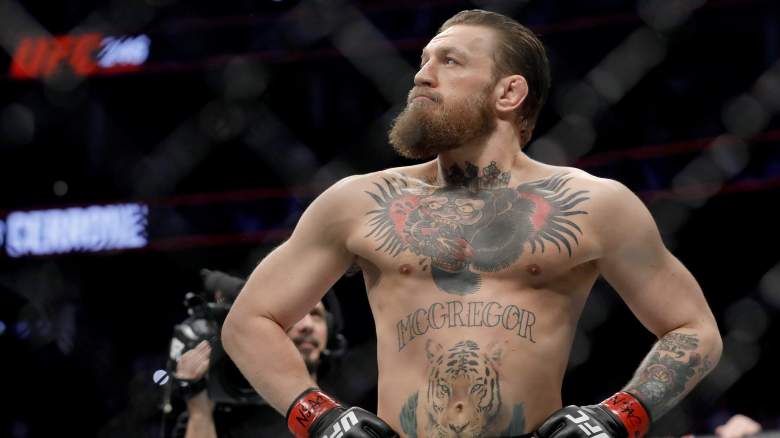 McGregor, who has not fought since breaking his leg at UFC 264 in July 2021, is currently filming the Road House remake alongside Oscar-nominated actor Jake Gyllenhaal. His manager, Tim Simpson, recently confirmed to MMA Junkie that “Notorious” was likely to return to action next year, and McGregor himself told The Mac Life’s Oscar Willis in March that when he returns to the UFC he will be fighting, not boxing .

However, McGregor’s schedule and mixed martial arts plans didn’t stop Mayweather from sharing his desire to box the Irishman. The two originally fought in 2017 and “Money” earned a TKO win over McGregor in the 10th round.

In a recent interview with the Daily Mail, Mayweather said he was in “talks” with McGregor for an exhibition game in 2023.

“I want to go out and have fun this weekend [against Mikuru Asakura]’ Mayweather said. “Then I have another show in Dubai in November and me and Conor McGregor in 2023. We don’t know if it’s going to be a show or a real fight. But there have been talks about both. I would prefer an exhibition.”

“I don’t go into fights where I’m really punished,” Mayweather said when asked why he wanted the competition to be an exhibition match.

McGregor was wise to Mayweather’s interview and he responded the same day it was published. McGregor took to Instagram on September 21 and shared a photo of himself punching Mayweather. In the caption of the post, Notorious wrote, “(peace sign emoji) #notinterested.”

During the Daily Mail interview, Mayweather went on to explain why McGregor and “YouTubers” were in his crosshairs.

“So, people like Conor McGregor and people who don’t hit really hard like YouTubers or UFC people, I don’t mind bumping into people like that, but nothing where I’m going to put myself in a position that I’m in I’m going to harm myself or hurt myself,” Mayweather said.

Another fighter who would love to scrap with McGregor is England star Paddy Pimblett. Standing in the Octagon 3-0, The Baddy was recently featured on the Steve-O’s Wild Ride podcast. And during the conversation, Pimblett told the “Jacka**” star that if he got in the cage with Notorious, it would be a monumental night for the promotion.

“You never know, in the end he and I could fight,” Pimblett said (h/t MMA News). “It’s a possibility (if he) comes back to 155 pounds. It would be the biggest pay-per-view in UFC history.”

The baddy last fought in July when he defeated Jordan Leavitt with a rear-naked choke at the O2 Arena in London, England.