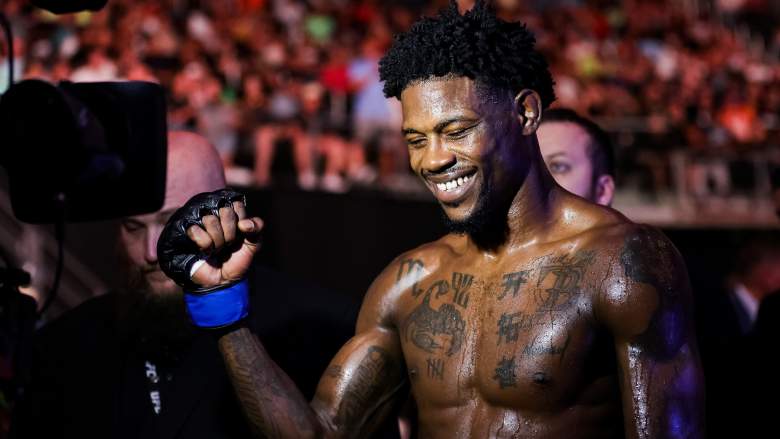 “Trailblazer” last fought on September 10 at UFC 279 when he was caged in the Octagon against Khamzat Chimaev for a 180-pound catchweight bout. Holland was originally scheduled to fight Daniel Rodriguez, but after “Borz” missed weight for his welterweight bout against Nate Diaz, promotion had to shuffle the fight card a day before the event.

Holland takes on Chimaev. But Trailblazer would lose to the undefeated phenomenon in just over two minutes. Chimaev swarmed from Holland with his wrestling from the start, eventually catching the American in a D’Arce choke and forcing the tap.

Twelve days later, Holland shared the cryptic reference to retirement via Instagram. On September 22nd, Trailblazer posted an image with the following text, along with a finger peace sign emoji: “Had a good run in a little over a month, got paid, I’m out. Next career choice???

If Holland ends up leaving the sport, he would retire with a professional mixed martial arts record of 23-8 with a no-contest that includes 13 wins by KO/TKO and six by submission.

After Holland lost to Chimaev in the first round at UFC 279, Holland broke his silence on social media the next day. In a video, he said he was defeated in a “grappling match” and wants to return to action before the end of the year.

As a return opponent, Holland had two names in mind: Stephen “Wonderboy” Thompson and Rodriguez. Trailblazer reiterated in the video message that he wants to fight a hard-hitting fighter next, not a wrestler like Chimaev.

“Yo, folks,” said Holland (h/t BJPenn.com). “I lost an amazing grappling match last night, I mean a fight,” Holland said. “Gosh, Chimaev is a damn fine athlete. I’ll still talk shit because you know who I am.

“I hate ending the year like this so I would love to play against a striker. I don’t know if I still deserve a Wonderboy fight, I’d love a Wonderboy fight, but if not a Wonderboy fight, D-Rod, we were well on our way to getting it done . We had to change it to save the card, so maybe we can find something nice and get it going and collect another check before the end of the year.”

Holland’s resignation notice attracted a lot of attention. Several fans reacted to Trailblazer in the comment section of the post. “Bruh stop before I start crying,” one fan wrote.

“Your last fight can’t be like this,” someone commented.

“It’s too early for you to fool us,” chimed in another. Someone accused Holland of lying and also wrote: “Is this a cover deal? Because all I see is a hat.”