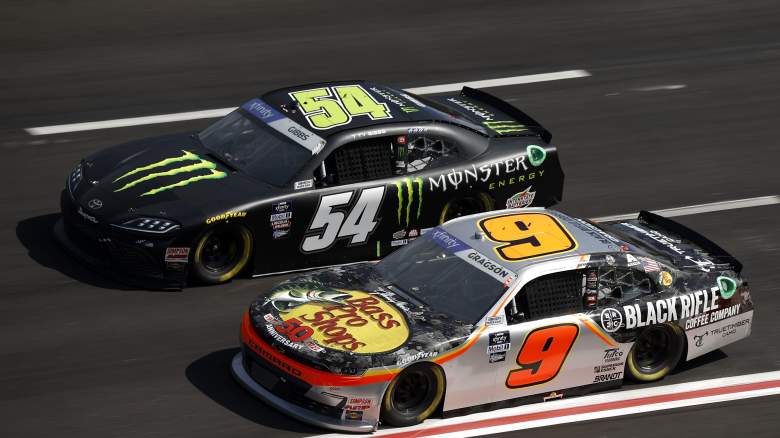 Ty Gibbs and Noah Gragson will both officially start their rookie seasons at the Daytona 500. You’ll compete for two separate teams while also having the opportunity to chase a rookie record held by two champions.

Seven-time champion Jimmie Johnson and three-time champion Tony Stewart hold the all-time record for most Cup Series wins by a rookie driver. They each won three races in their respective seasons. They are both ahead of Davey Allison (two in 1987), Dale Earnhardt Jr. (two in 2000) and Kevin Harvick (two in 2001).

Stewart was a NASCAR Cup Series rookie in 1999, but he was no stranger to racing before winning at Richmond Raceway, Homestead-Miami Speedway and Phoenix Raceway. He had two full-time seasons in the IndyCar Series on his resume, one IndyCar Series Championship and 36 Busch Grand National Series – now Xfinity Series – starts.

Gibbs and Gragson have both made numerous starts in the 2021 season, albeit for different reasons. The reigning Xfinity Series champion joined 23XI Racing for 15 races, replacing Kurt Busch who suffered a concussion at Pocono Raceway.

While the 2023 season will serve as the official rookie year for both Gibbs and Gragson, the two drivers have experience at the highest level of NASCAR. However, this should not affect their eligibility for Rookie of the Year.

NASCAR will determine eligibility for the prestigious award on a case-by-case basis. Gibbs should certainly be on the positive side of a verdict, considering he only got into a Cup Series car as an injury substitute. He also focused on the Xfinity Series championship.

Gragson had some planned starts in 2022 with two teams, but he also set out with a goal of racking up numerous Xfinity Series wins and championship pursuits. Like Gibbs, he had to change his schedule due to an injury.

Both Gibbs and Gragson have shown over multiple seasons that they are top contenders for the Cup Series. Gibbs has 11 Xfinity Series wins over two seasons, while Gragson has 13 wins over the past three seasons.

Going into the Cup Series, Gibbs will be in a more favorable position, at least on paper. He will take over a Toyota Camry that Kyle Busch took into Victory Lane at Bristol Motor Speedway (dirt). Although he will have a new number for his rookie season. Gibbs will also remain with the family-run team, which has won five Cup Series championships.

Gragson, on the other hand, joins a team that’s on the rise. Petty GMS wrapped up its first real season with the season finale at Phoenix Raceway. The team enjoyed some major successes with Erik Jones recording 13 top 10 finishes, three top 5 finishes and one win, but the No. 42 team struggled with a top 10.

For 2023 the situation is now changing. Gragson is taking over the #42 Chevrolet Camaro for his rookie season. Both the level of competition and the car will change, but he will have one thing in his favor above all – crew chief Luke Lambert will join him in after an eight-win season change the cup series.

While Gibbs will join an organization with 200 Cup Series wins, Gragson will be part of an organization that still has significant room to grow. However, there are questions as to whether Petty GMS will build on his momentum from the 2022 season.