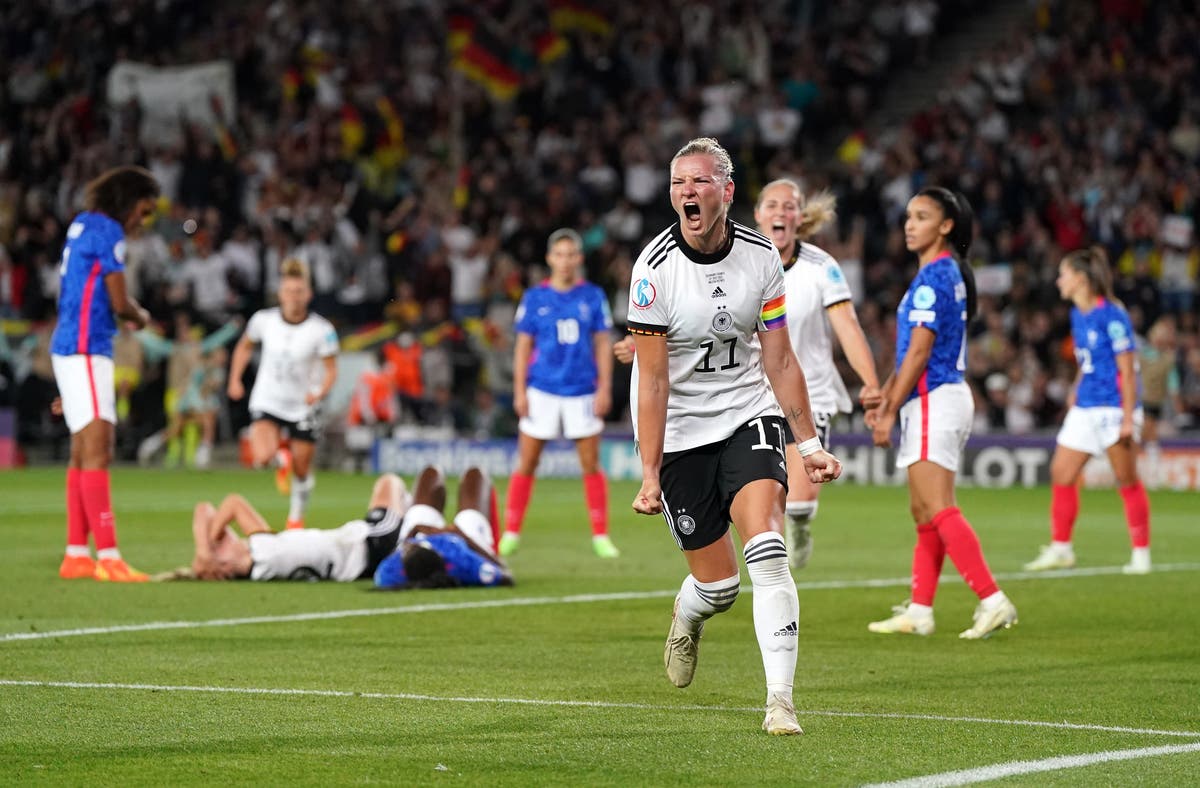 Alexandra Popp, whose brace helped Germany defeat France 2-1 to secure a place in Sunday’s Euro 2022 final, is hoping for an “incredible happy ending” to her side’s European trip.

England were the first team to secure a final spot after beating Sweden 4-0 at Bramall Lane, but the Wolfsburg striker’s two goals secured Germany against the hosts.

France briefly equalized with an unfortunate own goal from goalkeeper Merle Frohms as Kadidiatou Diani’s shot ricocheted off the post and onto her back before slamming into the net, but Popp’s two goals secured Germany progress.

A second-half header from Popp put the 31-year-old level with England’s Beth Mead on six goals in the race for the golden boot and the forward is happy to be at the tournament.

“I’m very happy to be here, to reach the final, it’s an incredible story, so I hope we have an incredible happy ending,” she said.

Germany coach Martina Voss-Tecklenburg believes her side deserve to stand in front of a packed Wembley Stadium on Sunday and believes it will be an incredible event.

“I think in the end it was a totally deserved win,” she said.

“It’s going to be a great festival of football, it’s a classic game and England have been incredible in this tournament, every single game full of momentum, loads of goals, but the first 30 minutes against Sweden showed they can be hurt.

“We’ll play in front of 80,000 at Wembley, most likely for England, very few for us, but we’re up to the challenge.

Germany went into the quarter-finals two days ahead of France, who also struggled with extra time, ahead of their Milton Keynes encounter, and France coach Corinne Diacre believes an extra 48 hours would have been crucial to the game.

“We saw that maybe some of the French players weren’t at their normal level of fitness, but we didn’t give up, we didn’t throw in the towel,” she said.

“Maybe it would have been different if we had had 48 more hours (rest). I don’t know what the players would have looked like.”

Diacre added: “I said they gave it their all, they tried well, they gave everything they had, but the proof wasn’t in the pudding.