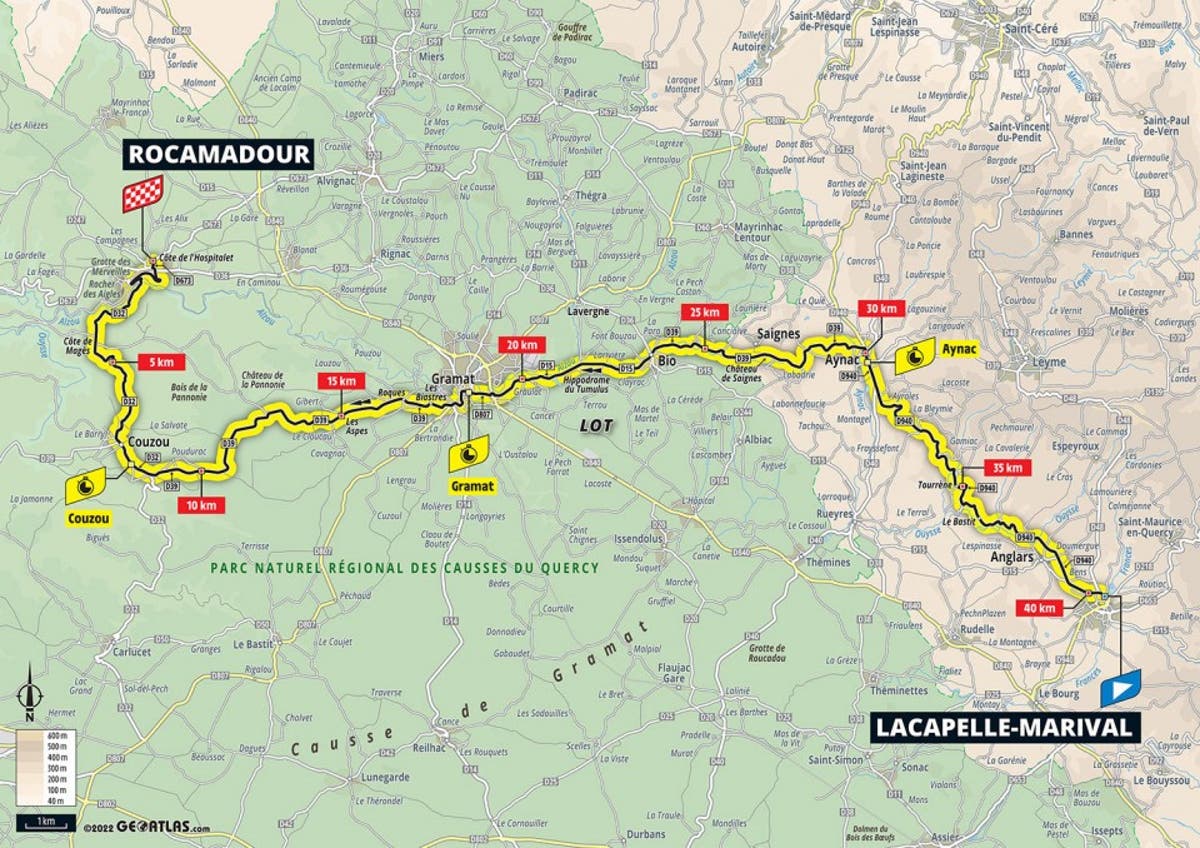 The 2022 Tour de France has one final stage of competition before the procession to Paris on Sunday: a 41km individual time trial from the small clifftop village of Rocamadour in southern France to Lacapelle-Marival, a small town known for its impressive castle.

Stage 20 has been a regular ITT in recent years in hopes of sparking late-stage drama at the end of the Tour. That was certainly the case two years ago when Tadej Pogacar defeated Primoz Roglic in dramatic circumstances, but given the stranglehold Jonas Vingegaard has in the yellow jersey, something truly exceptional would be needed here.

The Dane leads by more than three minutes overall and realistically only needs to navigate the relatively flat course to secure his first Tour de France crown. Pogacar is likely to attack in search of an unlikely win, but Vingegaard has proven no slouch on a time trial bike, beating the Slovenian in both of last year’s ITTs at the Tour, and it’s certainly just a formality as he completes his win .

Geraint Thomas is almost certain of a third place finish on the podium in Paris, which will complete the set for the Welshman, who won the race in 2018 and finished second to teammate Egan Bernal the following year. It was a measured, intelligent ride from the 36-year-old, who was told early in the Tour he would be riding in support of teammates Dani Martinez and Adam Yates, but has proved to be the only Ineos card in the standings.

Yves Lampaert won the other individual time trial of the tour, the opening stage in Copenhagen. The favorite here is Ineos’ Filippo Ganna, a time trial flying machine who has won the last two world championships.