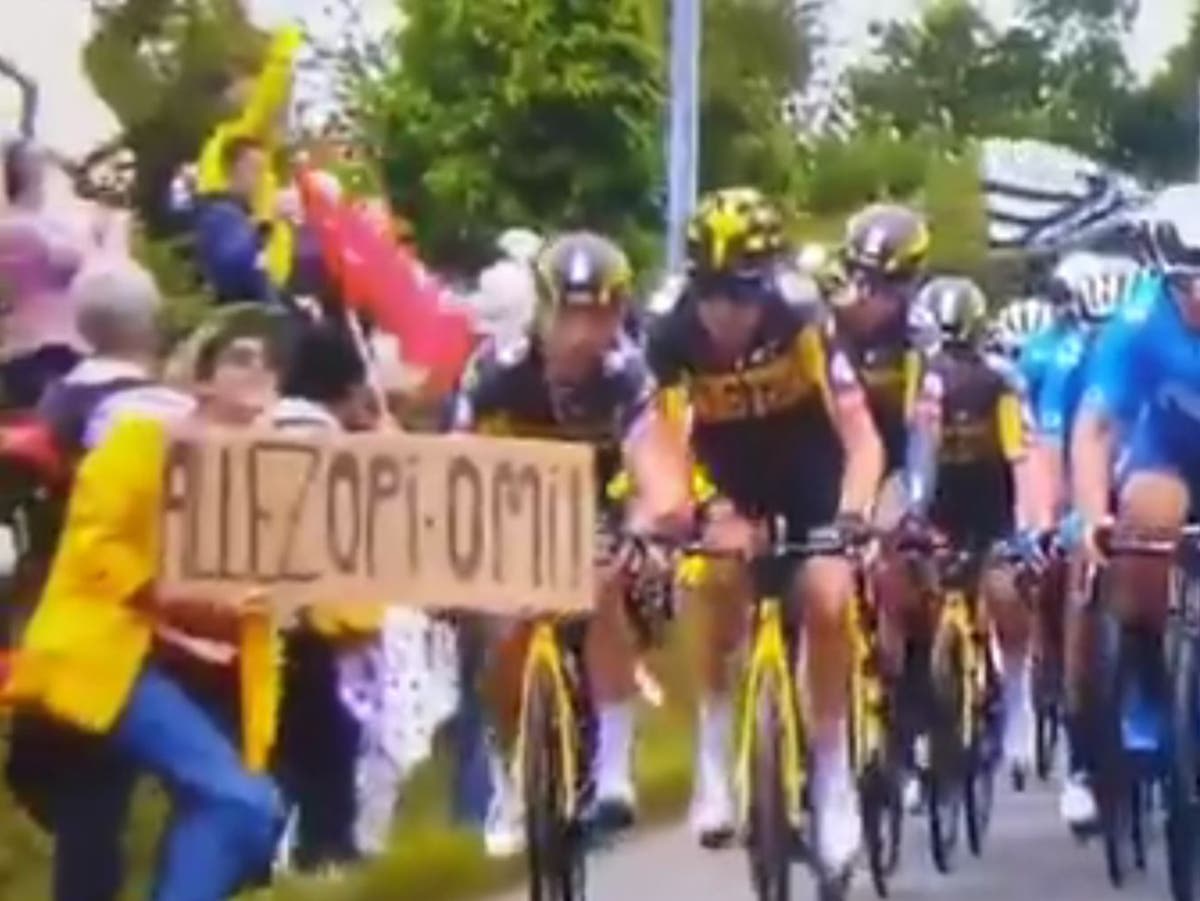 The spectator, who brought down the Tour de France peloton with a cardboard sign and injured dozens of riders, has been sentenced to four months suspended prison sentence after a brief trial in Brest.

The 31-year-old Brittany woman was not named in order to protect her identity after the incident caused a stir in June when she tried to attract the attention of television cameras by leaning against the street with a wide sign and a broad shield as the dense peloton approached behind her.

The sign read “Allez, Opi-Omi”, the latter sentence is a colloquial German language for grandparents. German rider Tony Martin drove in and fell, creating a domino effect that resulted in one of the biggest pile-ups in Tour de France history. Several drivers left the race with injuries, including broken bones.

The perpetrator fled the scene and hid for four days before facing the police.

In court she was charged with endangering her life and accidental injury. She said she was ashamed of her “stupidity” while her legal team highlighted the negative impact on her psychological well-being of the worldwide attention and subsequent online abuse that “terrified” her.

“I’m ashamed,” she said. “I am a quiet person. Everything that has happened is the opposite of who I am. “

A lawyer representing the Equestrian Association (CPA) said she hoped the verdict was a sign of the gravity of her actions.

“The public is the key to cycling, it has to stay that way, but the physical integrity of the riders has to be respected,” said the lawyer. “This case is representative of what can happen to people who want to be the center of attention with images and videos. It has to be done with a minimum of common sense, and that was not the case there. “