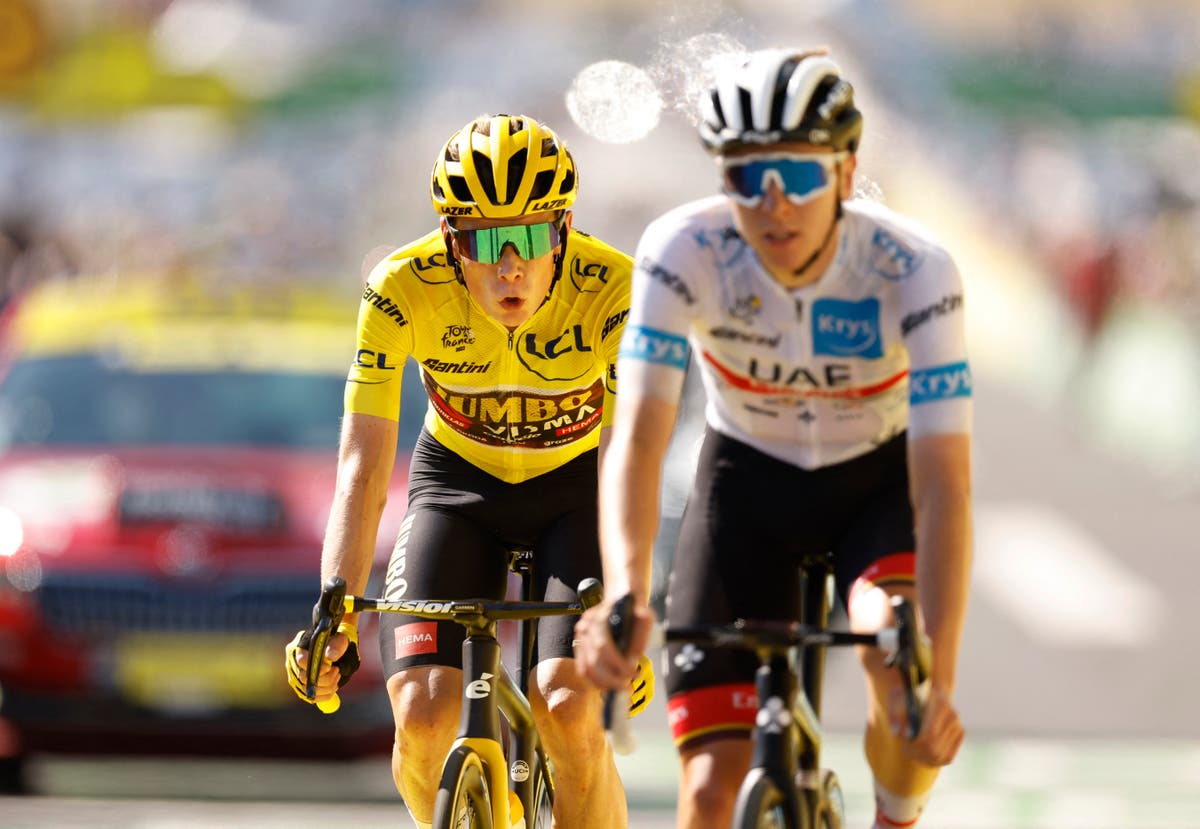 Follow live updates from the Tour de France with Stage 17 in the Pyrenees where a crucial battle between yellow jersey wearer Jonas Vingegaard and defending champion Tadej Pogacar will be fought.

A short but brutal 130km route from Saint-Gaudens to Peyragudes will offer more encouragement to Pogacar and the other contenders for the general classification. The 23-year-old stayed true to his word by attacking Vingegaard on the Carcassonne to Foix stage early on Tuesday, but the general leader was able to beat his rival and defend his lead of two minutes and 22 seconds in the standings.

That could change in an instant, however, and with time ticking down in the race to Paris, the four categorized climbs here and Peyragudes’ final climb could potentially see a battle for those crucial seconds in the yellow jersey at the finish. While Vingegaard was affected by the loss of key teammates Primoz Roglic and Steven Kruijswijk on Sunday, Pogacar also suffered the blow of Marc Soler being out through illness. Meanwhile, Geraint Thomas stays in contention but has to pick his moment to attack as Vingegaard and Pogacar are locked in their own duel.

Follow the updates from Stage 17 of the Tour de France below: