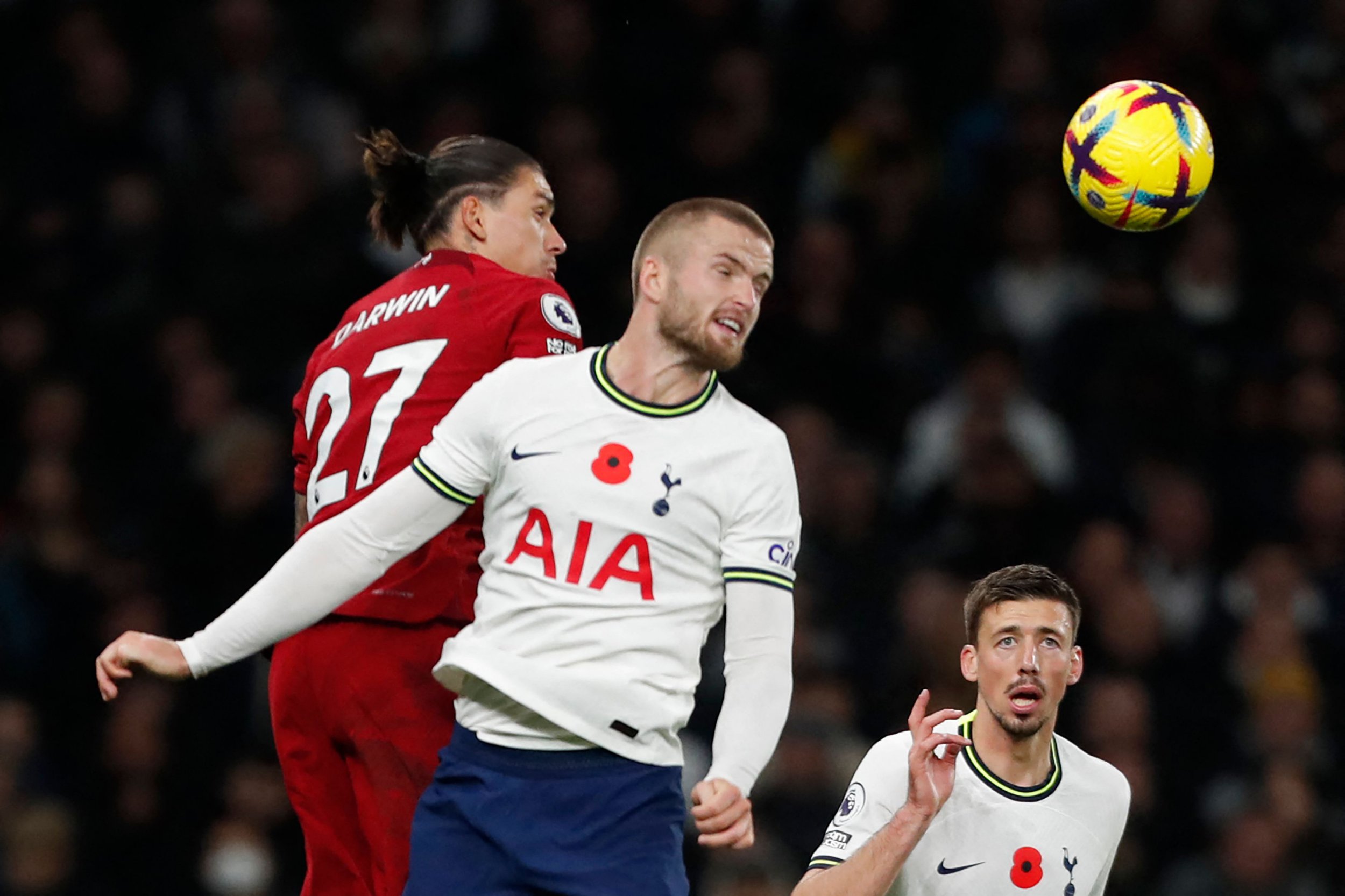 From single errors to his defensive dilemmas, Southgate won’t have liked what he saw despite Kane’s punch

TOTTENHAM HOTSPUR STADIUM – If Antonio Conte has reasons to worry about what the coming weeks have in store, Gareth Southgate has just as many. The Tottenham manager will soon be able to forget this result.

Southgate has no such luxury. From Eric Dier’s dangerous header to the failed foot races that explain why he was never fully won over by Trent Alexander-Arnold, Spurs’ 2-1 defeat by Liverpool on Sunday will not have instilled confidence in England fans. As always, they find comfort in Harry Kane; Its clean finish was a reminder of its quality when things are feeling desperate.

The Three Lions roster is expected to be announced on November 10 and there is little time now for any significant changes. For that, Dier can be grateful – an unfortunate end to a happy week in which he announced his engagement.

Mohamed Salah’s first goal saw Ben Davies take the ball away too easily and Dier and Ryan Sessegnon were unable to salvage the situation when it fell at the Egyptian’s feet.

The second, courtesy of Dier’s header straight into Salah’s run, was more concerning. Spurs were already struggling to contain Darwin Nunez on that side of defence, thanks in part to Alexander-Arnold’s diagonal long balls up the field. That won’t convince Southgate – Dier made some decent ones in the second half too.

There was never any doubt about Alexander-Arnold’s ability in that area, but on the day Kieran Trippier suffered a blow in Newcastle’s win over Southampton, England needed a composure from their main rivals for the place as right-back Reece James and Kyle Walker are injured.

Instead, the Liverpool full-back was caught by Ivan Perisic, who played a delicious short pass to Ryan Sessegnon. The 22-year-old was pushed, but gently, and no penalty. Shortly thereafter, Perisic passed Alexander-Arnold again. So has Sessegnon, who was mentioned as a surprise addition to Southgate’s squad following Ben Chilwell’s injury, but he doesn’t look ready on the evidence.

But the biggest problem of all, and the one that Southgate can’t blame on anyone, is a lack of quality. That’s not true of everyone – Salah and Nunez showed their class – but it’s not just true of England internationals, either.

Jordan Henderson pointed out last week that Qatar has nothing to do with the players. It was a Fifa decision to go there and they cannot reasonably be expected to boycott it. However, the whole thing has everything to do with them when you measure the impact on performance. Arsenal’s win over Chelsea provided some glimpses of the problem: a botched free-kick by Bukayo Saka, the hosts’ absent-minded defense from the corner that resulted in the goal.

It was always unrealistic to expect that a mid-season World Cup, 18 months after another major international tournament, would not affect the level of the Premier League.

At times Spurs were spectacular after the break but they had done what they always do, falling behind for the sixth straight game and miraculously coming to life in the final 45 minutes. Their task was made all the more difficult because of Son Heung-min’s absence, although Perisic hit the woodwork twice. The time before the World Cup is also an anxious time for the South Korean – another casualty of the winter tournament is that players with relatively minor injuries could well miss out.

In Son’s absence, it was no wonder that one of the afternoon’s biggest cheers was reserved for the return of Dejan Kulusevski. As soon as he was introduced, he brought pace to the attack and added the finishing touches to Kane’s punch.

Before that there was a flatness, which in turn is explained by a lack of quality that feels inevitable when players aren’t at their best. Instincts were marred by months of relentless football preceded by even more football.

It so happened that in one of the quieter moments at Tottenham Hotspur Stadium, Kane hugged the touchline, 20 yards away, with three defenders surrounding him. “Shoot Harry,” demanded a fan near the pitch.

That’s not really what anyone wants, and it doesn’t bode well for the “Football Festival” we’re supposed to have before Christmas.