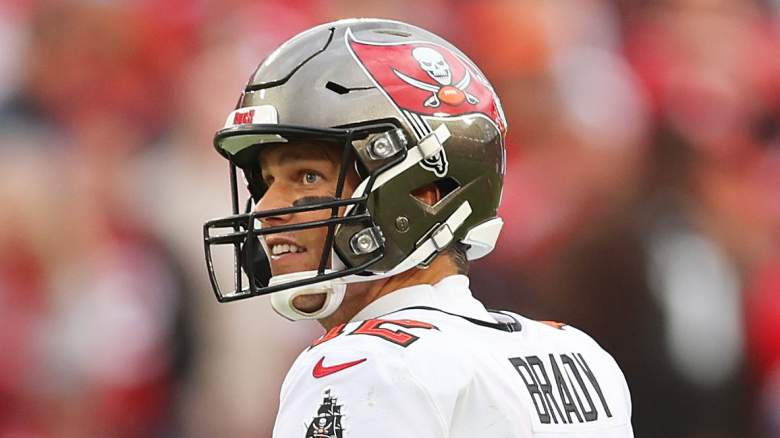 Playing against the New Orleans Saints has been a bit of a house of horrors for Tom Brady since joining the Tampa Bay Buccaneers, but there was a small bright spot in NOLA ahead of the NFC South showdown in Week 2. Brady welcomed star wide receiver Odell Beckham Jr. just before the Buccaneers took on the Saints.

Beckham was present at Caesars Superdome, which wasn’t unusual given the playmaker grew up in nearby Baton Rouge, Louisiana. The star wideout also has a close relationship with receiver Jarvis Landry, who signed with the Saints during the offseason.

Throughout his career, Beckham has made no secret of his desire to play with Brady when the wideout was flirting with the Patriots during the legendary quarterback’s time in New England. The Buccaneers were mentioned as a possible landing spot for Beckham, who remains an unsigned free agent while he continues to recover from an ACL injury.

Tampa Bay tweeted a video of the pre-game exchange between the two stars, which has since gone viral.

Tampa Bay is already grappling with a litany of injuries to its top three receivers: Chris Godwin, Mike Evans and Julio Jones. Godwin and Jones were sidelined for the Bucs’ Week 2 matchup against the Saints.

The challenge is that Beckham is unlikely to be ready to pass until the end of November and the playmaker would not be an immediate fix for the Bucs receiver’s woes. During the offseason, Yahoo Sports NFL insider Charles Robinson mentioned the Buccaneers as a potential contender for Beckham’s midseason signing.

“If OBJ pulls through this, let’s say he pulls through, he looks healthy, he still hasn’t signed and it’s like, ‘Hey, I’m back in November. I’m running,'” Robinson explained during a June 15 episode of the You Pod to Win the Game podcast. “I think if Tampa Bay is what they’re expecting it to be in November, then I absolutely think Tampa Bay is the kind of team that could say, ‘Hey man, let’s just do this. Let’s win this.’

“And Tom Brady and Odell Beckham Jr. are close. They have a really good relationship. Gisele and OBJ are close, they’re really good friends. And I think Tom is very influential when it comes to people in his circle, okay, and OBJ is in Tom’s circle.”

Tampa Bay has an estimated $6.2 million in cap space left to potentially sign Beckham or another veteran, according to Spotrac. Beckham will likely sign a short proof-it deal for 2022 and then return to free agent when he’s fully recovered next offseason. Ahead of the Bucs-Rams playoff match in January, Beckham opened up about his relationship with Brady, referring to the quarterback as a “big brother” throughout his career.

“He’s someone who gave me great insight whenever you wanted to chat,” Beckham explained during a Jan. 21 interview with NBC Sports’ Chris Simms. “He was there as a mentor, as a big brother and like I said, I literally did it [felt] like whether I knew it or not. As much as he was the guy I watched all the time and no I didn’t like him before because he always won or beat my team.

“The Rams were the team that I love and he beat the Rams and it was just like there’s a whole backstory behind it. But just to be able to sit there and, you know, we’re watching, unique. Just to be able to watch him at work.”