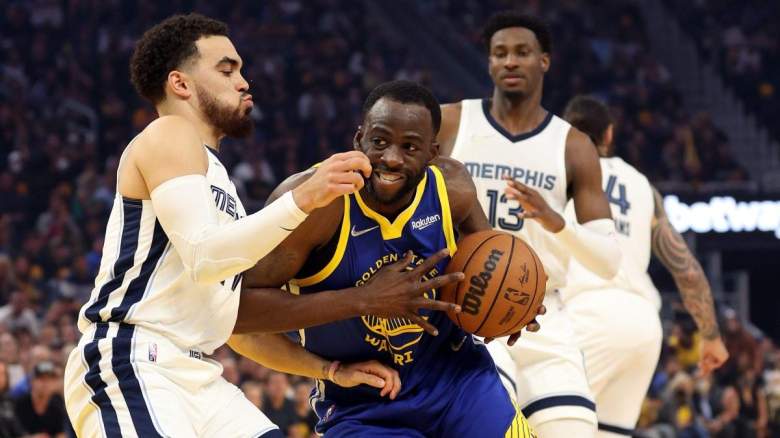 The Golden State Warriors have failed to gain a foothold this season. After winning the NBA championship last year, they’ve made a 23-24 start this year, which puts them 10th in the Western Conference rankings.

As things stand, they have lost six of their last nine games and face a relatively difficult schedule. Their next game on Jan. 25 is against the Memphis Grizzlies — a team they’ve developed quite a rivalry with. However, according to Draymond Green, the game isn’t a rivalry because the Grizzlies haven’t accomplished enough yet.

“There is never a shortage of pinboard material” Green explained in his podcast, The Draymond Green Show. “Everyone tries to build a rivalry out of it. I don’t think they’ve accomplished enough to consider the rivalry, but it’s always a great game and it’s one of those games that will get you up a little bit more than some other games. It’s not the “oh, every game is the same” cliché. It’s not that. It’s a big game, it’s fun to play. We know they will come and get the best out of us, we will get the best out of them and the game should be fine. Ultimately, I always feel like I’m always saying, ‘If we play a good game, they play a good game, we win the game. We play our best, they play their best, we win the game.’”

Their rivalry has grown so intense that the NBA granted them a Christmas Day game this season. In that contest, with Stephen Curry out, the Warriors still managed to get a win over Memphis.

From a Memphis point of view, the Grizzlies were just as excited about the rivalry. At a performance on The old man and the three Podcast featuring JJ Redick and Tommy Alter, Grizzlies star Desmond Bane as the Golden State dynasty comes to an end.

“I mean, I think Golden State obviously gets all the credit for everything they’ve accomplished up to this point,” Bane told Redick and Alter. “But you know, I mean, I think that’s a team that we look at and feel like we can do similar things. I mean, of course we haven’t won a championship yet, so we don’t really know what it takes to get there and win a championship. But you know, I mean we’re young, we’re on the rise, we have a core group of guys who love to play together and love to be together. You know, so I think they kind of, you know, they came out and said in the media, I heard Kerr say it, you know, “this could be the end.” Who knows what this team will look like in a few years? And you know, we’re kind of on a different path than that. So I think that kind of rivalry plays a role there.

Green isn’t the only Warriors player to speak out about the rivalry, however. After Klay Thompson won the NBA Finals last season, he mocked Jaren Jackson Jr. for his comments.

“I can’t wait, there’s this one player in the Grizzlies who tweeted ‘strength in numbers’ after they beat us in the regular season and it pissed me off so much.” said Thompson truthfully. “I can’t wait to retweet this thing. Damn bum.”