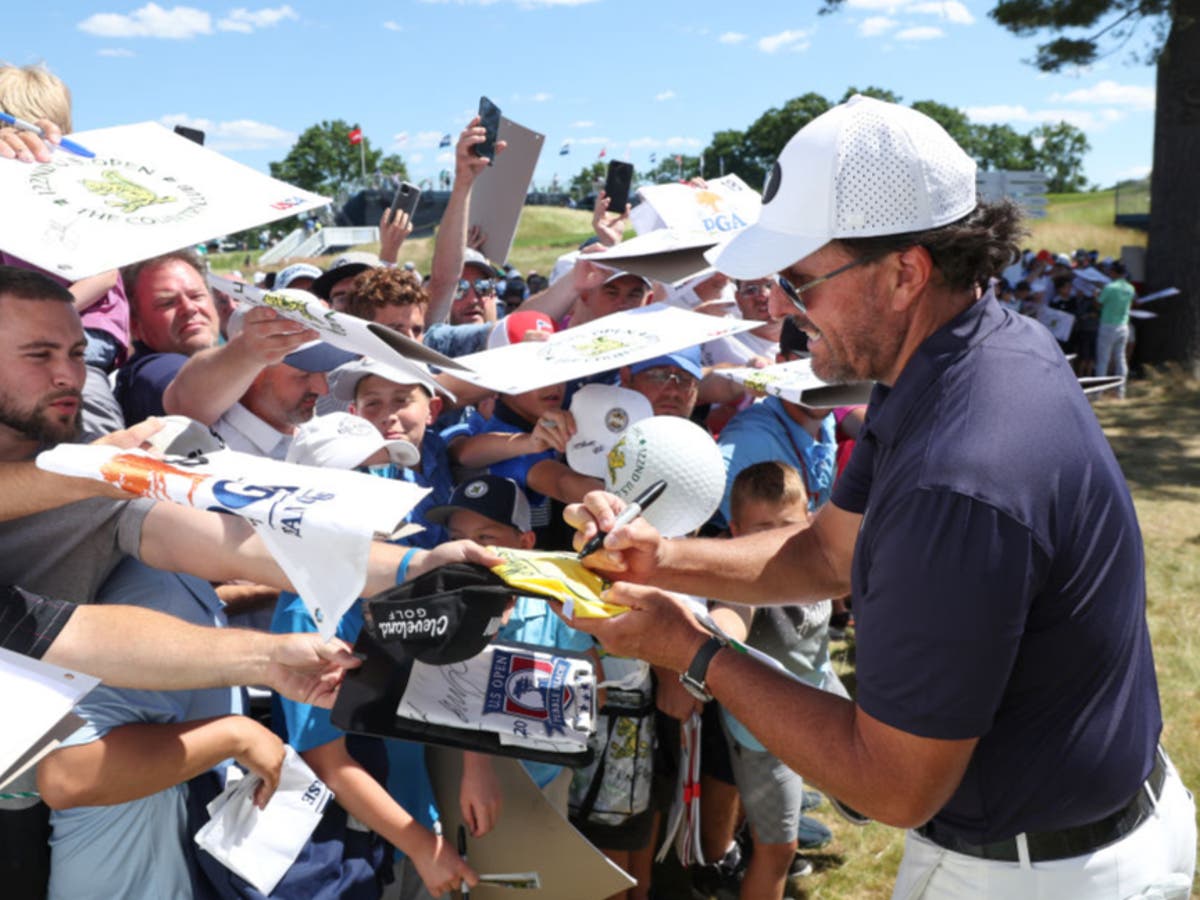 If Brooks Koepka could play golf with the same enthusiasm he growls, he could be vying to become one of the greatest players in history. Instead, over the course of eight and a half thorny minutes, he insisted that the “black cloud” hanging over this week’s US Open was not a product of the fire stoked by LIV Golf, but rather a media fixation. “I didn’t think about it that much,” he insisted, even after it was pointed out that his brother Chase was part of the opening field in London last week.

Perhaps a smile can be bought from Saudi Arabia-backed breakaway Koepka, who gave few assurances he won’t be the next PGA Tour player to leave ship. “Until now there was no other option, so where else do you want to go?” he said. But the price of silence is one that even all the oil in the world cannot afford, and the relentless speculation about the future of golf will continue to cast a shadow long after Thursday morning’s first tee in Massachusetts.

It could be seen as a disgrace for the US Open as it marks the first major return to Brookline since the infamous 1999 Ryder Cup. Normally, the buildup would have focused on the chaos that ensued after Justin Leonard’s successful putt, or whether Bryson DeChambeau’s biceps still posed an existential threat to golf.

Instead, the world watches in fascination and horror as the Saudis dangle hundreds of millions and turn the sport into a geopolitical battleground. Interest and fascination with the tournament has increased dramatically as players take sides – or remain suspiciously quiet – while the public waits to see which dominoes will fall next. “That’s obviously the talk of the tour right now,” said Matt Fitzpatrick. “Everyone wants to know what’s going on and who’s going and who’s not going.”

Some of these questions will be answered when LIV makes its first US stop later this month. However, there is already a competitor in the field this week as well. Rory McIlroy and Justin Thomas are the favorites and de facto flag-bearers for continued loyalty to the PGA Tour after their thrilling shootout at the Canadian Open last Sunday. “I was tossing and turning and losing a lot of sleep thinking about what could possibly happen,” Thomas said Tuesday of the future of the tour.

Jon Rahm, the defending champion, also went on the offensive, using his press conference to blast the 54-hole shotgun starting format of LIV events and insisting that no amount of money could make him sully his legacy. “Honestly, I could retire right now with what I’ve earned and I’d have a very happy life and not play golf anymore,” he said. “I’ve never really played golf for money. I play for the love of the game and want to compete against the best in the world.”

Unfortunately, that viewpoint isn’t shared by all, and being called a “stooge” by Amnesty or being accused of treason by a group of 9/11 survivors hasn’t sparked any sort of moral enlightenment in a number of players. The ghost currently inhabiting Phil Mickelson has received a warm welcome in Boston during his practice rounds, while Dustin Johnson, DeChambeau and Patrick Reed are all very fit to compete next Sunday. Anemic, they stumbled through questions about their character and then took refuge in the huge vaults of their recently crammed bank accounts. If either of them were to win this week, it would be a nightmare scenario for the PGA Tour, which couldn’t find a legal way to stop LIV players from attending the majors.

The subplots make this one of the most anticipated US Opens in recent memory, and a course known for one of the sport’s greatest battles is now the scene of a battle for its future. The 156 players battling for a place in history will be the focus over the next four days, but the Saudi invasion will not be sidelined either. The stakes are too high, and with both sides refusing to lose ground, the rift that cuts through the heart of golf deepens by the day. Against this backdrop, whether McIlroy can end his great drought or whether Scottie Scheffler can become just the sixth player in history to win the Masters and US Open in the same year seems reduced to an afterthought. Koepka may be “tired of all that stuff,” but golf’s civil war has only just begun and he’s on the front line with everyone else, even if it only elicits a pathetic shrug.