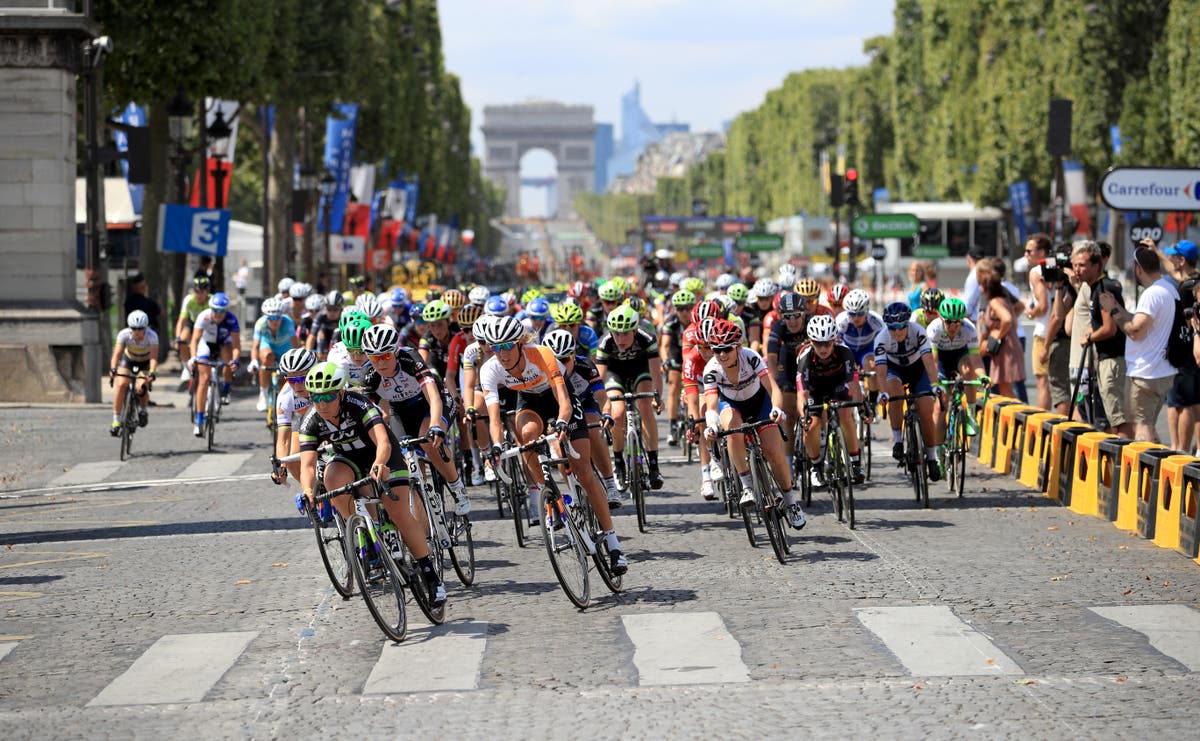 After years of waiting, it’s just a month until the start of the Tour de France Femmes.

A women’s edition of cycling’s greatest race has been at the top of many riders’ wish lists for so long, and it will be granted when the peloton starts from Paris and culminates at La Planches on July 24, the final day of the men’s race des Belles Filles a week later.

There have been symbolic attempts, not the least of which is the much-criticised La Course, which has run alongside the Tour in recent years, but it has taken until now for a proper eight-day women’s tour to be born.

“As a cyclist, people always ask you, ‘Are you riding the Tour de France?'” former British Champion Alice Barnes, a rider for Canyon-SRAM, told the PA news agency. “You would have to say no and explain that it’s because there aren’t any.”

Tour organizers ASO needed some convincing despite complaints surrounding La Course, but sponsorship of virtual cycling platform Zwift has pushed things forward. The company partnered with ASO last season to launch a Paris-Roubaix race for women and is now behind the Tour de France Femmes.

La Course, won by Lizzie Deignan in 2020, attracted a loaded field but also plenty of complaints, too often feeling like an afterthought and not receiving proper promotion given the opportunity to grab the world’s attention while on tour , was wasted.

“La Course was great but it felt like they didn’t want to do it, like they had to do it,” said Alice’s older sister Hannah, another former British Champion who races for Uno-X. “I think that’s what everyone wants – the organisers, ASO, the UCI. It’s great for Zwift to move up the way they’ve done.”

La Course wasn’t the only attempt to fill the void. 1955 saw the one-off Leulliot race, a women’s five-stage tour, which was won by Manx rider Millie Robinson.

Originally created in conjunction with the men’s race, it continued as an independent event from 1989 after Tour Director Jean-Marie Leblanc withdrew support and lacked the profile and respect the riders deserved.

France’s Elisabeth Chevanne-Brunel, who finished ninth at the 2000 World Championships, competed in nine editions of varying shapes and sizes, finishing sixth overall in 2005 before winning the final stage of her last race in 2006.

“The Grand Boucle was a very good experience because it was a big race with the mountains and the long stages. I saw the development of women’s cycling – except there was no media. The TV didn’t come,” Chevanne-Brunel said after watching Elisa Longo-Borghini win Paris-Roubaix in April.

“Seeing all the people and the media here in the Paris-Roubaix Velodrome gives me a lot of emotion. It’s a big development for women’s cycling and I hope to see more after the Tour de France.

“It’s important that the media is here to motivate girls going forward.”

In her day, Chevanne-Brunel rode unpaid, took a job with the French Cycling Federation to allow herself enough time to compete, and retired at the age of 30 as she could no longer afford to race drive.

Women’s cycling has come a long way since then, but only at the elite level, and there are still too many female riders not being paid a decent wage.

Races like the Tour de France can change that – they bring new eyes to the sport and with it more sponsorship and more opportunities.

“It’s so exciting to have an edition of the Tour de France,” said reigning British champion Pfeiffer Georgi of Team DSM.

“Through these high-profile events, we have a lot more viewers and a whole new audience to see just how exciting women’s racing is.”