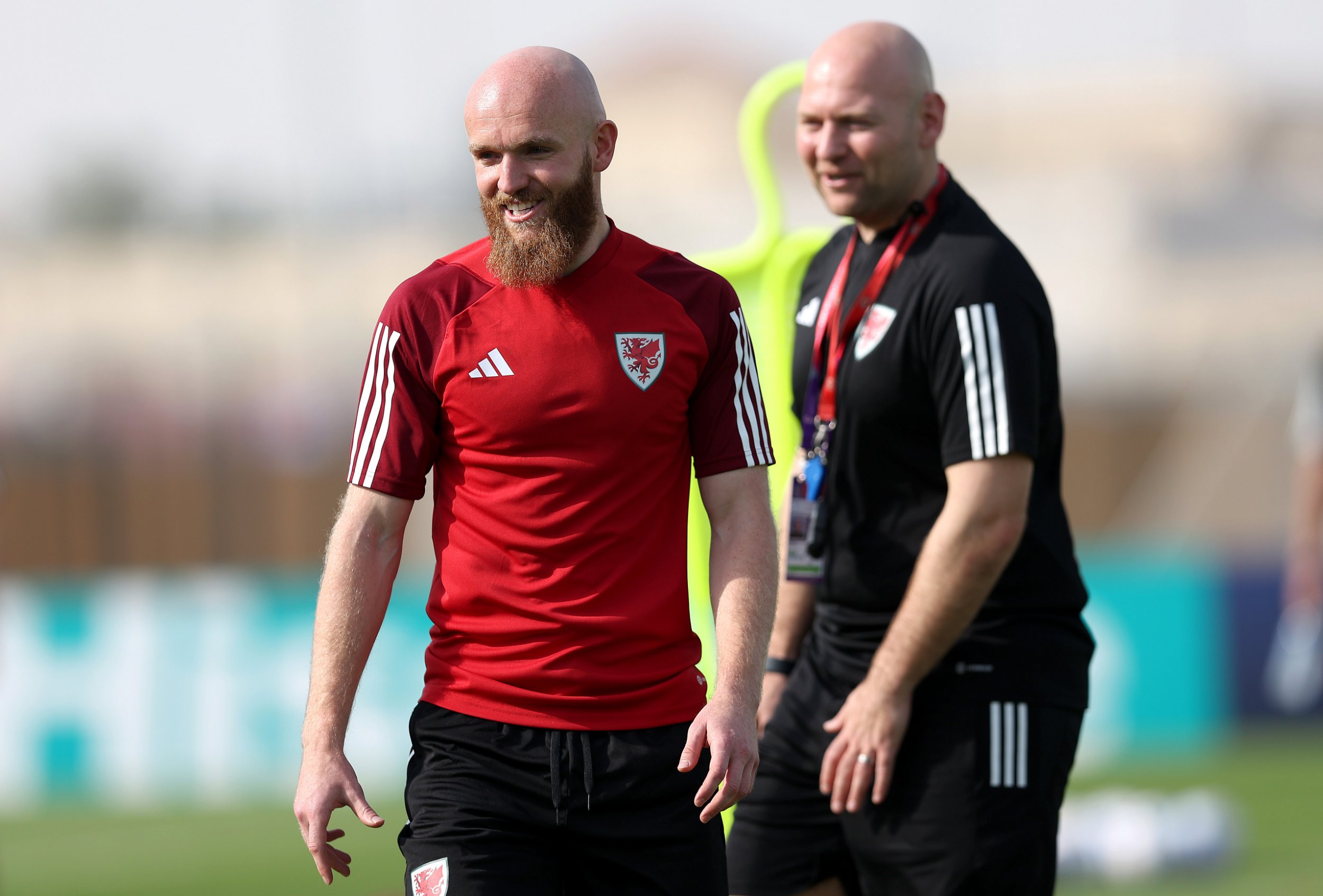 Spend even five minutes at the Wales training camp or five seconds listening to any of the players and you’ll understand what drives this squad. On Saturday, monolingual journalists sat and listened as Ben Davies delivered the first-ever World Cup press conference in Welsh.

But here’s the thing: You could still make out what he was saying. The beaming smile at the mention of Euro 2016, the way Davies’ eyes lit up hearing praise for Gareth Bale, the pause, laugh and response when asked how far Wales could go; This is a team defined by their body language and boy are they optimistic.

They might as well be. Success for Wales was to reach this tournament; it’s not condescending to say that because they say it themselves. But they are in a unique position where they are free from pressure and expectations but with dramatic experience in major tournaments. It has created harmony in a squad that has neither egos nor individual interests to poke holes in. Bale may be the leader through talent, but not personality. They are a group of friends who love to play soccer together.

Nobody embodies that more than Jonny Williams. While virtually every other footballer is enjoying a break from club football at this World Cup, Williams had his eye on Swindon Town against Crewe Alexandra in League Two. Wales are the only squad in this tournament to feature players from the fourth division. And yet there was never a danger that Williams would be left out.

For players like Williams, international football has been heaven for the last three years. He admits his club career has meandered, often through no fault of his own, as injuries and circumstances conspired against him. Williams made 55 league appearances at Crystal Palace in eight years to 2019 and has been loaned to five different clubs. Positive news came in 2021 when Cardiff paid a fee to sign him from Charlton but he soon fell out of favor. It was difficult times.

“I had doubts about what I wanted to do in the future,” says Williams. “My head was a bit messed up, I was a free agent. I had signed for Cardiff and had been there for a while but hadn’t played as many games as I would have liked, mainly because the team had an unpredictable eight-game winning streak. I’ve felt down at times. Sunderland was tough. And when I wasn’t kept by Cardiff and was out of contract, I thought about going abroad or staying in England.”

Then came a call from Ben Garner, Williams’ former manager at Palace, who was about to be appointed as Swindon Town’s new manager. He wanted to play passing football, needed to bring in a central midfielder or two and was keen to build a team around Williams. He understood that Williams probably didn’t want to be relegated to the second division.

Williams admits it took him two or three weeks to make the decision. He believed he could still play at a higher level and at 29 knew falling down divisions could be a dangerous game. But with a World Cup on the horizon if Wales qualifies, he knew he had to play regularly. He had never started more than 15 league games in a season. It was perhaps the best decision he could make.

“I just did what I always do: give everything on the pitch, try to play to my strengths. I’ve scored a couple of goals this year, which I haven’t always done. I’ve always been a bit selfless as a player and I’ve given up things, but I’ve taken more responsibility this year to take things on myself.

“But when you look back on your career, you want to make sure you’ve enjoyed it as much as possible. Before that, I don’t think I could say I had done that, so I’m trying to catch up a bit. And here I am at a World Cup, so it’s really very surreal.”

Surreal and yet built entirely on robust principles. Don’t overlook the importance of happiness. The Wales squad aren’t the strongest in their World Cup group, but they weren’t among the top four at Euro 2016 either. Wales – the manager, the coaches, the public – know Williams’ abilities no matter what level he plays at; He’s done it before for Wales. What they needed was a man who was at peace with himself and could enjoy football again.

Wales cannot close the gap in squad depth or recent Champions League experience to the top teams in the competition. But they can become greater than the sum of their parts by harnessing the power of unity, shared values ​​and a democracy where it doesn’t matter who you play for or what competition you play in. This is the Wales squad, a fantasy island where weird and great things can be achieved.