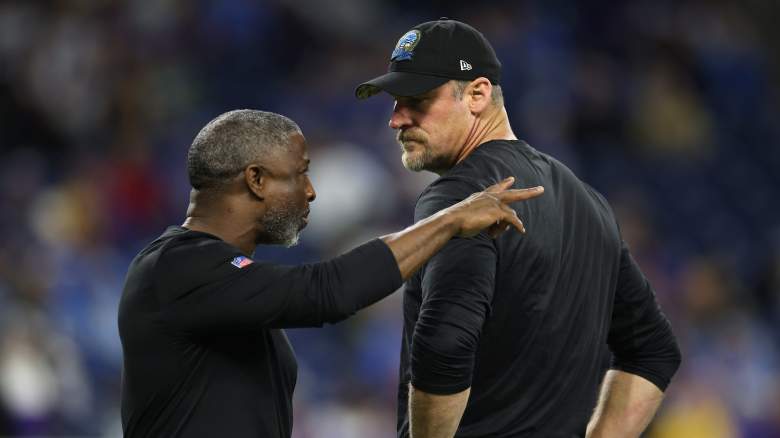 The Detroit Lions dodged a pictorial bullet on the coaching front this week with the news that offensive coordinator Ben Johnson would be returning.

However, they may still have another bullet to dodge in the form of defensive coordinator Aaron Glenn.

Glenn continues to see his own love in the job interviews this winter and has another new job meeting soon.

The Arizona Cardinals, after just hiring new general manager Monti Ossenfort, have made a request to interview Glenn, according to NFL Network’s Tom Pelissero, who broke the news on Wednesday, Jan. 18.

“The Cardinals have made a request to interview Lions DC Aaron Glenn for her job as head coach, according to the source,” Pelissero said tweeted.

According to NFL Network’s Ian Rapoport, this interview will take place on Saturday, January 20th.

Glenn’s group finished the season 32nd overall in total defense, which was an ugly record. They’ve improved on the track and held the team into games and forced more turnovers. Glenn also worked well with a prolific rookie class on his side of the ball.

That’s two interviews for Glenn in this process, proving that as a serious NFL contender, he certainly has his own skillset.

Interestingly, Glenn was already a hot name in the cycle. A few weeks ago, ESPN rumored he was in Indianapolis with Johnson for an interview.

ESPN analyst Adam Schefter announced that the Indianapolis Colts would be keeping tabs on both Johnson and Glenn for interviews with the head coach in the coming days.

After the interview wrapped, the Colts revealed the news with a tweet of their own, confirming the call had taken place.

“We did an interview with Aaron Glenn,” the team said Tweet confirmed.

So far there has been no movement at the Colts regarding the hiring process. Johnson is out for them, but theoretically without hiring, Glenn could stay on until further notice.

At 50, Glenn took time to rise through the ranks of coach given his long career in the NFL. He was Detroit’s defensive coordinator for two seasons under Dan Campbell.

After being selected to the first round of the New York Jets by Texas A&M in 1994, Glenn played in New York for eight years before moving to his hometown Houston Texans from 2002-04. He played for the Dallas Cowboys from 2005-2006, finishing his career with the Jacksonville Jaguars in 2007 and the New Orleans Saints Jets in 2008 in 2012 and 2013, then rose to become the defensive backs coach for the Cleveland Browns in 2014 and 2015, before joining Sean Payton’s staff in 2016.

One of the most prolific and long-lived players of his time in the league, Glenn finished his career with 41 interceptions, 8 touchdowns and 634 total tackles. Here’s a look at some of his biggest hits in the league:

Glenn is already a rising star in the coaching industry and will be gaining more experience on the interview circuit this winter. Whether that will culminate in a job at Arizona or Indianapolis remains to be seen.

At 50, Glenn took time to rise through the ranks of coach given his long career in the NFL. He was Detroit’s defensive coordinator for two seasons under Dan Campbell.