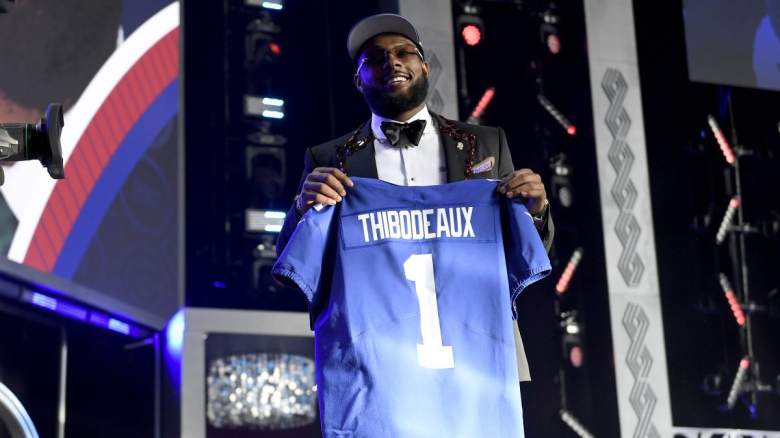 Thibodeaux, whom the Giants picked 5th overall on April 28, the first of their two top 10 picks, made a key announcement on Monday, May 16th.

Thibodeauxs JREAM Foundation will provide opportunities for underprivileged students to participate in Core Prep Academy Football, a program that partners with private middle schools to provide a curriculum focused on student athletes.

The first announcement was made via the official JREAM Foundation Twitter account. But it didn’t last long Thibodeaux on social media to express his excitement at giving back to these young athletes.

“Give underprivileged children access to quality education and physical training! Please spread the word and help us educate our next generation of leaders!!!”

Although the Giants spotted some red flags about Thibodeaux during the pre-draft process and expressed concern about his strong desire to build his own brand, the team still chose the University of Oregon product as he fell to 5th overall.

And after news of his foundation’s latest charitable donation, it’s difficult to argue about Thibodeaux’s character. It’s an auspicious sign for the Giants, who hope the 21-year-old will become an important piece of the franchise puzzle over the long term.

Thibodeaux founded the JREAM Foundation when he was a student athlete in Oregon. That mission This charity’s purpose is to “educate, mentor, empower and instill confidence and wisdom in underprivileged youth,” according to the foundation’s Twitter bio.

What inspired the Giants’ pick for the 2022 first round to start this foundation at such a young age?

Based on Thibodeaux’s earlier experiences, he uses life lessons to educate those in less fortunate situations. Thibodeaux’s leadership qualities and his desire to give back to underprivileged children shows the Giants have chosen someone with a strong head on their shoulders.

The Giants announced that they have officially signed Thibodeaux and No. 7 overall pick Evan Neal, less than a month after their draft opening night selection on April 28.