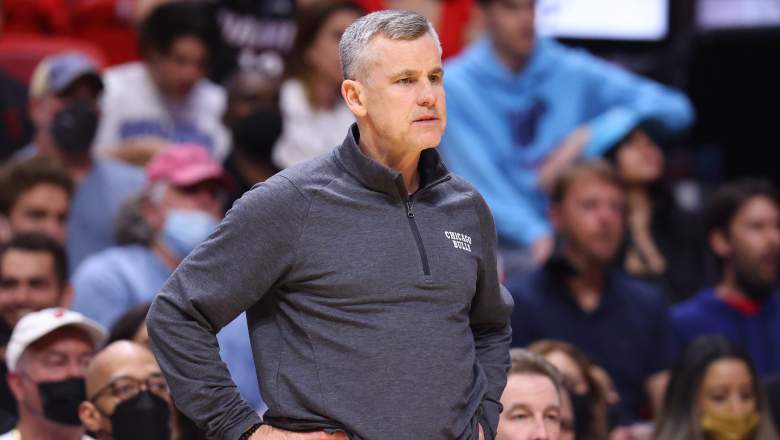 The 2021-22 NBA season was a mix of emotions for the Chicago Bulls and their fans. While the Bulls broke their five-year playoff drought, injuries derailed a hot start to the season and left many wondering what could have been.

The Bulls got off to a flying start, jumping to a 27-13 record and finishing first in the Eastern Conference 40 games into the season. Injuries began to pile up in early January, however, as Lonzo Ball, Alex Caruso and Zach LaVine all missed time with injuries.

With early success, the Bulls had decided during the season that the team wanted to run back with their core this offseason. Chicago was able to keep the core intact when they re-signed LaVine to a five-year, $212 million deal in early July.

On Friday, former Chicago Bull and current Bulls analyst Will Perdue said on the Bulls Talk podcast that he believes third-year forward Patrick Williams will be a big key for the team this season.

“Not his skills. Not his body type. None of them. Because I think we proved that he’s big enough, strong enough, fast enough, shoots the ball well enough, can attack the edge, can finish,” Perdue said. “The question is, has he eaten nails for lunch every day this summer?”

“He’s the fourth pick in the draft. And with the fourth choice in the draft comes expectations. We understand that he had injuries. But we’re going into the third season now. And we’ve seen enough, even though every season has been cut short because of injuries, that it’s time for him to live up to those expectations.”

Perdue is right, if the Bulls can take the next step as a team next season then Williams’ development and mindset will be a big key. If he can increase production, that’s a huge bonus for the bulls.

During his time in the NBA, Perdue learned a thing or two about what it takes to win. He was part of the Bulls’ first three-peat and a member of the Spurs 1999 championship team.

Alongside Williams’ development, health will be another important key for the Bulls in the coming season. The other key Perdue cited during his performance was Lonzo Ball’s health.

When Ball went down with a knee injury in January, the Bulls were tied for first place in the Eastern Conference. Initially, the team thought he might return before the end of the season, but when Ball tried to speed up his rehab in March, there were setbacks and he missed the rest of the season.

Ball rehabbed at home in Los Angeles this summer with the Bulls keeping an eye on him. Recently, his father LaVar said Ball is making good progress and will be ready for the start of the season.

A few weeks earlier, the Bulls said Ball was making progress, but not as fast as they would like. It’s unclear exactly how close Ball is to returning, but the sooner the better for the Bulls.