The former Warriors No. 2 starts his march back with a bang 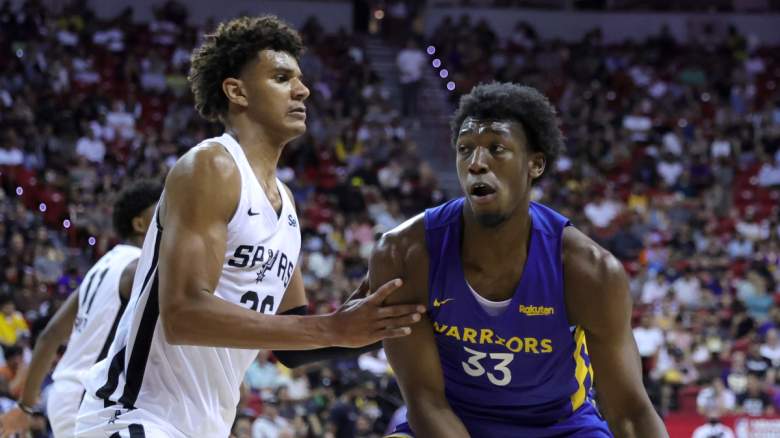 James Wiseman was finally back on the hardwood on Saturday after going five days without a proper game, but his return didn’t come with the Golden State Warriors. Rather, the former No. 2 overall made his first official appearance with the Sea Dubs after being unexpectedly assigned to the G League.

And much like he did during his reduced stint at the club last season when working his way back from meniscus surgery, Wiseman provided figures.

In 25 minutes of play, the 21-year-old scored a team-high in 7-of-12 shooting with 19 points. He also added 11 rebounds, an assist, a steal and a blocked shot. However, as always, his counting stats didn’t paint a full picture of how the night had gone for him.

He certainly had his moments — a first-quarter putback dunk in traffic after a Jerome Robinson missed layup rates badly — but the effort also showed once again that Wiseman has a few things to figure out before he can make his huge Potential.

Faced with a veritable gold mine of Wiseman-related questions after the game — which the Sea Dubs lost, by the way — head coach Seth Cooper revealed the blue chipper wasn’t in Santa Cruz to collect numbers, as reported by NBC Sports Bay Areas Zena Keita. He’s there to learn what it takes to play right and be a good force on the floor.

And while he was getting buckets and crashing the boards against the Junior Lakers, he also committed a whopping five fouls. And the Sea Dubs were topped by 13 points while he was down (only rookie Gui Santos had a worse plus/minus score).

Some of his problems have far more to do with his mindset than with his abilities, a fact Wiseman is fully aware of. As such, he makes it his goal to play forward rather than letting the mistakes of the last play/quarter/game linger.

“I want to do everything right, so if I make a mistake, I kind of go down,” Wiseman told the Mercury News after the game. “But that won’t help me. So I just want to make sure I use my perfectionism in terms of my craft instead of just using it on the pitch and making a mistake every time I screw up on the pitch – just the next game mentality.

He also understands that getting better – getting this guy – is a process that he also started somewhat late.

“I just got back from 18 months of rehab,” he said. “So I’m really just trying to get back on the court and just get my rhythm back.”

Jordan Poole knows better than most what it’s like to be sent to the G League when you feel like you don’t belong. However, by doing it right and using it as an opportunity to hone his craft, he could emerge as a better player. Now he’s a borderline All-Star with a monster contract.

Poole expects Wiseman to take a similar approach on his own expanded assignment.

“Me and James talk all the time…” Poole told reporters when it was first confirmed that Wiseman was tied to the G League. “And I tell him, ‘It’s not a demotion, it’s not a punishment. You’ll come down there and take as many shots as you want, get as many touches as you want. Work on as many moves as you want.”

Poole added: “James will be perfect. He’ll be A-OK. And I personally have complete confidence in him. He’s talented, he’s curious, he’s hungry, he’s gifted, he’s humble. Those are all the pieces you need to be successful.”