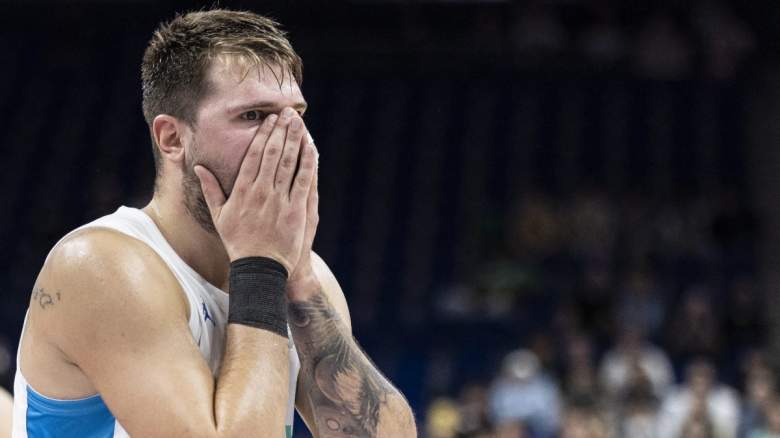 Basketball is all about building superstar talent. The Dallas Mavericks know this as well as perhaps any team, having spent the past four seasons building around star guard Luka Doncic.

Over the summer, Doncic showcased his unique talent at EuroBasket, a European competition featuring some of the NBA’s most feared talent. Ultimately, Spain, led by the Hernangomez brothers, emerged victorious from the European tournament. While Doncic and Slovenia were absent from the league game, the Mavs star still put on a show, averaging 26.6 points and 6.8 assists over five games.

France finished second in the tournament behind strong play from Minnesota Timberwolves star Rudy Gobert. And France’s manager Boris Diaw spoke about the development of basketball during the tournament. In particular, he spoke about the stars of the game and the need to build around them and surround them with the right talent.

Doncic’s individual exploits alone weren’t enough to move Slovenia forward. It’s part of a trend in Doncic’s career: despite his basketball brilliance, he too needs support to find ultimate success. It’s a fact that has haunted many of the NBA’s greats, such as LeBron James in his early days in Cleveland.

And this summer, the Mavs got to work looking for ways to improve the team’s roster after a surprise run at last year’s Western Conference Finals. Dallas traded for Christian Wood and signed Javale McGee, increasing the Mavs rotation. But the team still hasn’t addressed the departure of Jalen Brunson, Doncic’s backcourt pal.

That failure is why Bleacher Report’s Zach Buckley called the Mavericks only a potential “sleeper” team next season, rather than finalists. Buckley stressed that this was not a swipe at the Mavericks, but rather a recognition of Dallas’ place in the eyes of many analysts.

“The simple truth behind the Mavericks’ status as sleepers is this: they could be frighteningly good, and they just aren’t viewed that way,” Buckley wrote on Sept. 20.

Could the Mavericks come out and shock the NBA world again? It’s possible, but a lot of it doesn’t depend on the down-roster players, it depends on Dallas’ superstar.

If Dallas looks to get back into the Western Conference Finals after a surprise trip last season, then the responsibility will fall on one player’s shoulders: Luka Doncic.

“But Dončić is the real key here. He’s a basketball magician — the fourth player ever to have 6,000 points, 2,000 assists and 2,000 rebounds in his first four seasons — who may have new tricks up his sleeve,” Buckley said.

It remains to be seen how well the new-look Mavericks will perform this season. Could Dallas run right out of the gate and silence any doubters? Without a doubt. But could Dallas struggle to fit Wood, McGee, a healthy Tim Hardaway and fresh draft picks into the mix? Also very possible.