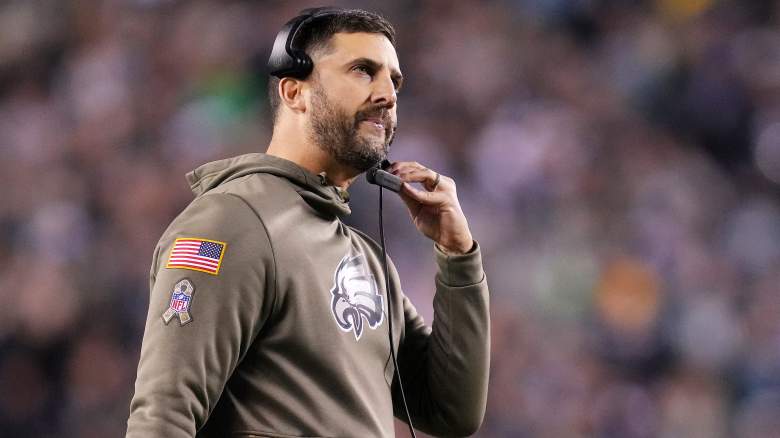 The Philadelphia Eagles decided to keep safety veteran Anthony Harris inactive for Saturday night’s NFC Divisional Round playoff game. There has been speculation that Harris could be in line for a big role on special teams after he joins the active roster. That will not be the case.

No real surprises other than Harris on the inactive list. The Eagles announced that the following players would not be playing about 90 minutes before kickoff:

Maddox was officially kicked out of the team on Thursday last injury report. He wasn’t relieved of a nagging toe injury. CJ Gardner-Johnson was scheduled to start at nickel cornerback, with Reed Blankenship and Marcus Epps entering the field as starting safety tandem. Kickoff was scheduled for 8:15 p.m. at Lincoln Financial Field.

“It was a good week of training. We have to finish it,” Nick Sirianni told reporters on We need a good practice today. We’re working on situational football in training today so we need a good week because we know things like that will come up big during the game.

The stars took to Twitter to show their love and support for the hometown team. It’s a Philly thing in the end. The funniest tweet came courtesy of Rocky Balboa himself in response to the Front page of the New York Post showed Giants star Saquon Barkley on the steps of the art museum with the caption “I’m going to cry now!”.

Laughing out loud on Twitter, Sylvester Stallone wrote: “I have to admit this is very funny! Keep hitting!” Stallone grew up between New York City and Philadelphia, but has long claimed to be an Eagles fan.

Meanwhile, Meek Mill was hype for the playoffs, revealing he was betting “big” on the Eagles. The ‘Dreams & Nightmares’ rapper wrote: ‘I’m betting big on eagles today, at least a bean! I need the birds to step on the giants tonight!!” actor Ryan Phillippe was “geeked and cheered” and and marveled at how early the Philly faithful had started filling the tailgate seats.

Phillippe was referring to a Delaware resident who had bought tickets to a Philadelphia wing Lacrosse game just to get a head start. The Wings played at 1 p.m. Saturday, about seven hours before kickoff between the Giants and the Eagles at Lincoln Financial Field. (The Wings lost 14-5 to Toronto in case you were wondering).

The man, Brian DiPasqualantonio, picked up his buddy from the airport and began tailgating at 10:30 a.m., according to The News Journal. He wasn’t the only one thinking about it. Unrelated, people at eagle nation noted that there was “a beer aroma in the air” a mile from the stadium.

The Eagles have posted videos of various players rolls into the Linc in their pre-game seizures. Undeniably, sophomore recipient DeVonta Smith stole the show in a purple striped suit and designer shoes. Jalen Hurts was close behind with his chain dangling and Louis Vuitton bag. And Jason Kelce served as a brand ambassador by wearing the official It’s a Philly Thing black hoodie. The Eagles looked relaxed and ready to roll.