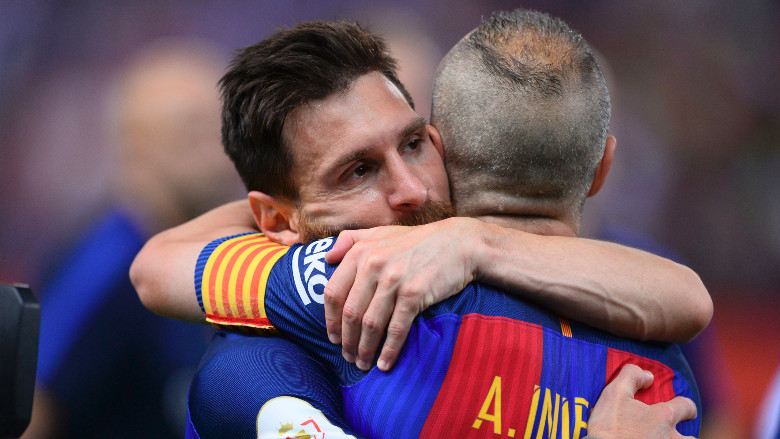 Barcelona President Joan Laporta has refused to rule out the possibility of club legends Lionel Messi and Andres Iniesta returning to the club after Dani Alves arrives at Camp Nou.

The Brazilian is back for a second term and was unveiled at a ceremony at Camp Nou on Wednesday November 17th. The 38-year-old has followed legend Xavi back to the club and Laporta was asked at a press conference whether Messi and Iniesta could follow suit, Marca reported.

“I don’t rule that out,” he said. “They are people who made this club great. Messi and Iniesta are spectacular, I can’t predict the future as they are still playing but they made the club great, we always keep an eye on them even though they now have contracts with other clubs and you have to respect that but in Life you never know. “

Messi left the club in the summer of 2021 and moved to Paris Saint-Germain. The Argentine has already admitted that he would like to return to the club in some role in the future, ideally as a sports director.

Meanwhile, Iniesta left Barcelona in 2018 and joined Japanese club Vissel Kobe. The former midfielder signed on his 37th birthday in May 2021.

The world champion has also said that he would like to return to Barcelona at some point despite not being sure what role he could play at Camp Nou, Diario Sport reported.

Laporta also spoke about Barcelona’s decision to bring Alves back. The Catalan giant’s move for the 38-year-old raised some eyebrows, but Laporta announced that new coach Xavi had no doubt that he wanted the Brazilian as part of his team.

He explained: “I asked Xavi if he would like to sign Dani since he is available and Xavi said, ‘I need Dani Alves on the team, this is important’ – and so things went as they should. He is here!”

Alves may be close to the end of his career but has made it clear that he has come to work at Barcelona and not be on the bench. The Brazilian will have to fight for a spot with Sergino Dest and Oscar Mingueza but is ready for the challenge, Marca reported.

“I wasn’t born to finish second, I was always first. I’m here to fight, I’m not here to pass time or live in Barcelona, ​​”he said. “I came here to play and to fight for a place [in the team]. It’s not because I’ve made history or because of my good relationship with Xavi. With my work I will struggle and try to make a contribution. Age is only a number. I just proved it at the Olympics. People will expect the best from me and I will respond to it as always. “

However, Alves will have to wait to make his second debut for Barcelona. The defender can train with the club but is not allowed to compete until January 1st.