That’s why Liverpool fans are booing the anthem. That would stop it 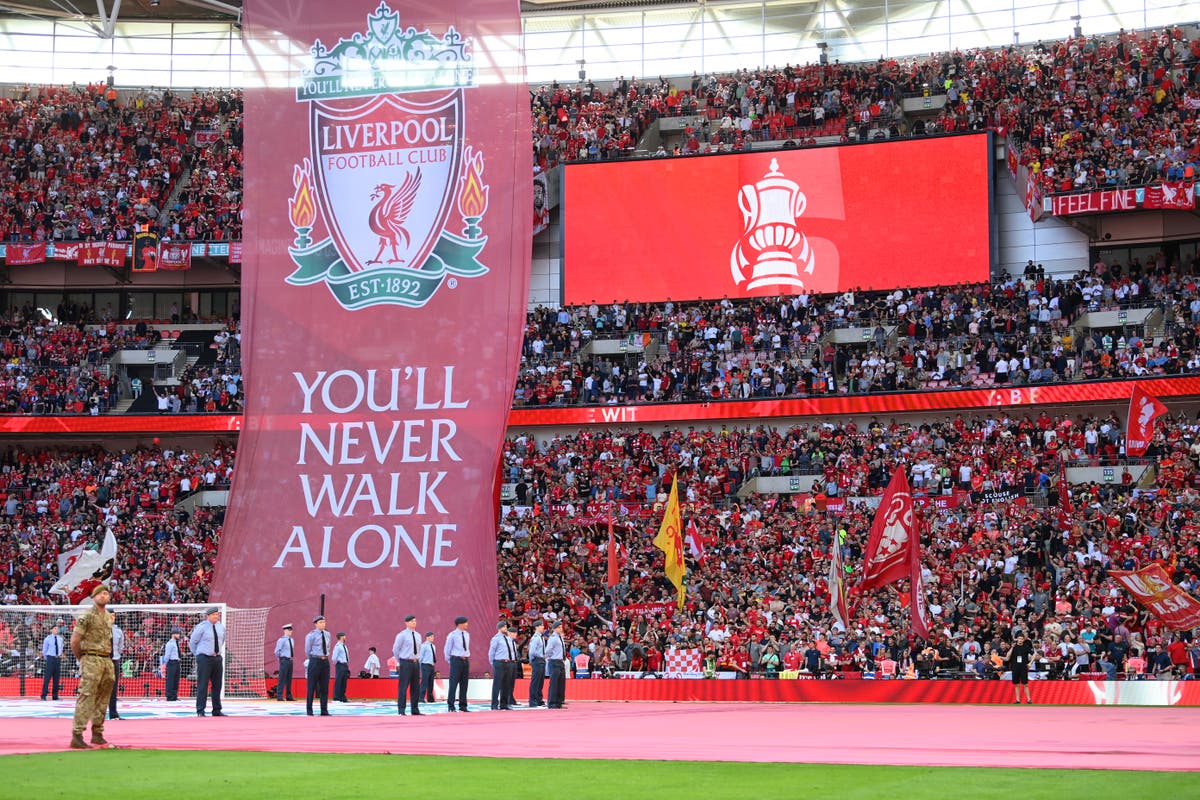 The contrast between Boris Johnson and Jurgen Klopp could not be greater. The Liverpool manager would be a great statesman. He is honest, takes responsibility, cares for people in worse situations than himself and does his best to contribute to a wider society.

The prime minister is the complete opposite.

When Klopp talks politics, it makes sense. When Johnson talks about football, it’s more of the same roar that has defined his entire career. According to certain sections of the media, Johnson “slammed” Klopp on Monday because the 54-year-old suggested it might be worth at least investigating the reasons why Liverpool fans are playing the national anthem and the Queen’s grandson ahead of the FA Cup Finals have booed on Saturday. A spokesman said the Prime Minister disagreed with Klopp, calling the behavior of supporters a “great disgrace”. It takes quite a crazy twist to see this as a down slap. Klopp probably didn’t even realize that he should put himself in his place.

Like Klopp and Johnson, those who booed the anthem and those who resented the jeers are unlikely to find common ground. Will there ever be a time when Liverpool supporters embrace the patriotic experience?

The Prime Minister’s spokesman spoke about shame, an emotion Johnson knows little about. He has no. Or empathy. The Spectator’s attack on Merseyside while under the editorship of the 57-year-old in 2004 is well known. The editorial column said that the people of Liverpool “whenever possible see themselves as victims and resent their victim status; yet at the same time they wallow in it.” The article went on to repeat lies about Hillsborough.

Less well known is Johnson’s alleged mea culpa in the next issue of The Spectator. The article, entitled ‘What I should apologize for’, was written in ‘a cold, damp three-star hotel in Liverpool’ after Michael Howard, then leader of the Conservatives, ordered the old Etonian to travel north, to apologize to Party (and a Liverpool fan, much to the embarrassment of many kopites).

“Operation Scouse-grovel,” as the author describes it, is as obscene as the previous editorial. Johnson doubled. He wrote: “Whatever the errors of fact and taste, last week’s editorial made a good point: about false feelings, self-pity, taking risks and our refusal to see that sometimes we are the authors of our misfortunes. ”

Almost every week Liverpool supporters hear the words of the man who holds the highest political office in Britain echoed. “You killed your own fans.” “Always the victims.” “The sun was right, you’re killers.”

Is there a “worse feeling” than getting emotional over a national anthem? The royal family is the cornerstone of the class system. The idolization of a dynastic institution that is utterly distant from ordinary people is baffling to a large segment of Liverpool supporters, particularly those who are keeping a close eye on Britain’s mounting poverty. The Fans Supporting Foodbanks initiative was set up outside of Goodison Park and Anfield – it’s often overlooked that Evertoners are also victims of anti-Scouse abuse. Club after club supporters flock to Merseyside, enjoying songs that satirize poverty. Some Chelsea fans sang about hunger on Saturday. The Liverpool end has booed institutional, inherited privileges. Guess which one got the nation outraged? That was two days before the Bank of England governor warned of “apocalyptic” increases in food prices.

Hunger is central to the historical perception of the people of Liverpool. Once known as Torytown and the Empire’s second city, the port fell out of step with the rest of England for the first time after the Potato Famine. Millions of starving Irishmen ended up on the banks of the Mersey. Many stayed. Liverpool’s Othering dates back to the mid-19th century.

What does that have to do with football? A lot. The word “Scouse” is an insult reappropriated by those it was used against. In the poorest areas of Liverpool a century ago, malnourished residents – who were children of immigrants and identified primarily as Irish – relied on soup kitchens and cheap street vendors to buy groceries. What they were served was scouse, a watery stew. Scouser was a pejorative term used to mock the poorest. As “Feed the Scousers” reverberates through the stadiums, it expresses a deep popular memory steeped in anti-migrant and anti-Irish sentiment. Those who sing it may not be aware of the story, but the driving forces behind their behavior can be traced back many decades. Nowhere else is poverty so ridiculed by outsiders. Nobody sings “Feed the Geordies” or “Feed the Mancs”, although there are much more disadvantaged areas in other places. No wonder the citizens of Liverpool are triggered by the chants.

In the circumstances, it’s difficult to get Scousers to do anything more than boo the national anthem. And then we come to Hillsborough. Britain should still be in turmoil over the 1989 disaster that resulted in the deaths of 97 people. High-ranking police officers and high-ranking politicians lied about what happened, covering up officials’ mistakes and blaming innocent supporters. The national press broadly augmented the establishment narrative or failed to adequately scrutinize the authorities. A significant percentage of the British public will still not accept the results of the longest and most comprehensive inquiry in the country’s history. To make matters worse, the police officers responsible for the mass death and cover-up have been cleared of any wrongdoing – even after some of those individuals admitted their guilt in court. Now the biggest miscarriage of justice in the country’s history is reduced to football banter. what a country Play that anthem again so we can all join in.

The FA also got off lightly. The decision-making body held a semi-final at a site that had no safety certification. Tottenham Hotspur fans had a near miss eight years earlier on the same Leppings Lane terraces where the 1989 carnage occurred. For those whining that Abide With Me was interrupted, the FA did nothing to simultaneously endure the bereaved and survivors of a preventable catastrophe of their flagship games.

The events of the weekend have shown just how toxic attitudes toward Hillsborough have become. Family members of the dead were severely abused on social media by trolls who used Saturday’s events as an excuse to harass those who had fought in vain for justice.

So what would it take to stop Liverpool supporters from interrupting the national anthem? There’s a simple answer: don’t play it. We don’t want to hear it. Contempt oozes from every word, every note.

And we don’t want to hear complaints about Scousers not showing respect. The booing is a cry for justice, for equality, a howl against hunger and poverty. It’s depressing that so many in the UK can’t hear this. Klopp heard it. Johnson never will.