Telephoning Westbrook torn up for “disrespect” after losing the Lakers 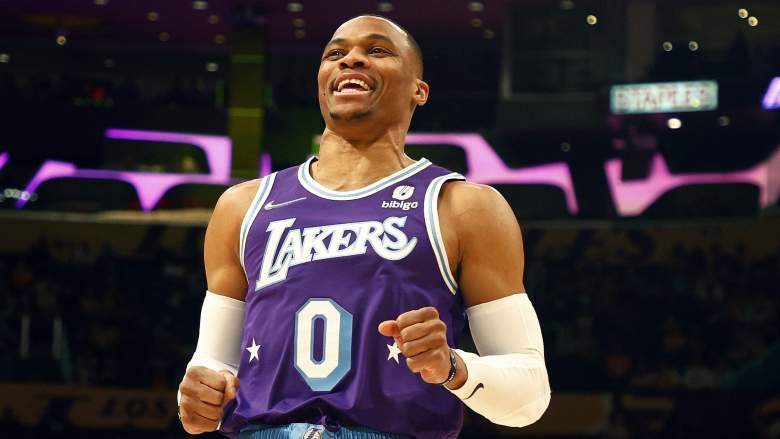 Lakers star Russell Westbrook came on the podium after Friday’s staggering loss to Minnesota, a game the Lakers made by 24 thanks to a lifeless third quarter that saw them outnumbered 40-12 with his phone in his left hand Points lost. When the media session started, Westbrook tapped the screen and looked at it frequently while answering questions.

Especially after such a loss, which his teammate Anthony Davis described as “embarrassing,” Westbrook appeared to be deliberately disrespectful and was pointed out by media members and Twitter users.

As Lakers Nation’s Ryan Ward, who transcribes most of the Lakers press conferences, wrote, “Call me crazy, but I think it’s just a little disrespectful to look at your phone for an entire post-game interview, especially after you were blown out. Just me, I think. Manners. What a concept. “

When asked about that disastrous third quarter, Westbrook said, “You know, I’m just not done. We did not prepare well, especially in the third quarter. There’s not much to say about that. “

Some on Twitter pointed out that Friday was actually his birthday. Westbrook turned 33 and as one user wrote, “Call me crazy. But respect is not a one-way street. You can’t ask for something that you don’t give. Let the man enjoy his birthday and stop being problematic. “

Of course, Westbrooks Presser was particularly short so, birthday or not, it doesn’t seem to ask too much of him to put his phone away for 196 seconds.

Regardless, Westbrook didn’t seem to have bothered much from the blowout performance. He was asked why the Lakers were giving away leads – they had jumped up to 11 in Minnesota – and completely collapsed all season.

“I’m not sure, you know,” he said, tapping his phone again. “I can’t really tell what it is and what it isn’t. Sometimes we come out and we’re fine, sometimes we don’t. The inconsistency is a problem. We do not know that.”

On the other end of the spectrum was star striker Anthony Davis, who was clearly upset with the way the Lakers were playing. The third quarter was more than lazy and Davis still seemed to be seething about it when the game was over.

Not only did the Lakers score 12 points on 19.0% shooting, but they also made six ball losses in that time. They also allowed Minnesota to shoot an incredible 62.5% off the field in those 12 minutes.

After the game, Davis said, “We have to choose who we want to be. Championship team? We are not right now. Don’t win a championship the way we play. We have to get better. We have more care. That was embarrassing. … In the third quarter there was simply no effort. “

The silver lining, at least for coach Frank Vogel, was that teams usually react after a blowout.

“There is no better motivator than a serious loss,” said Vogel. “I think a lot of our boys are angry. Our coaching staff is angry. And we’ll go back to work and do whatever we have to do to get better. “

Most of the guys at least seemed angry. Some were a little distracted.

Most of the guys at least seemed angry. Some were a little distracted.