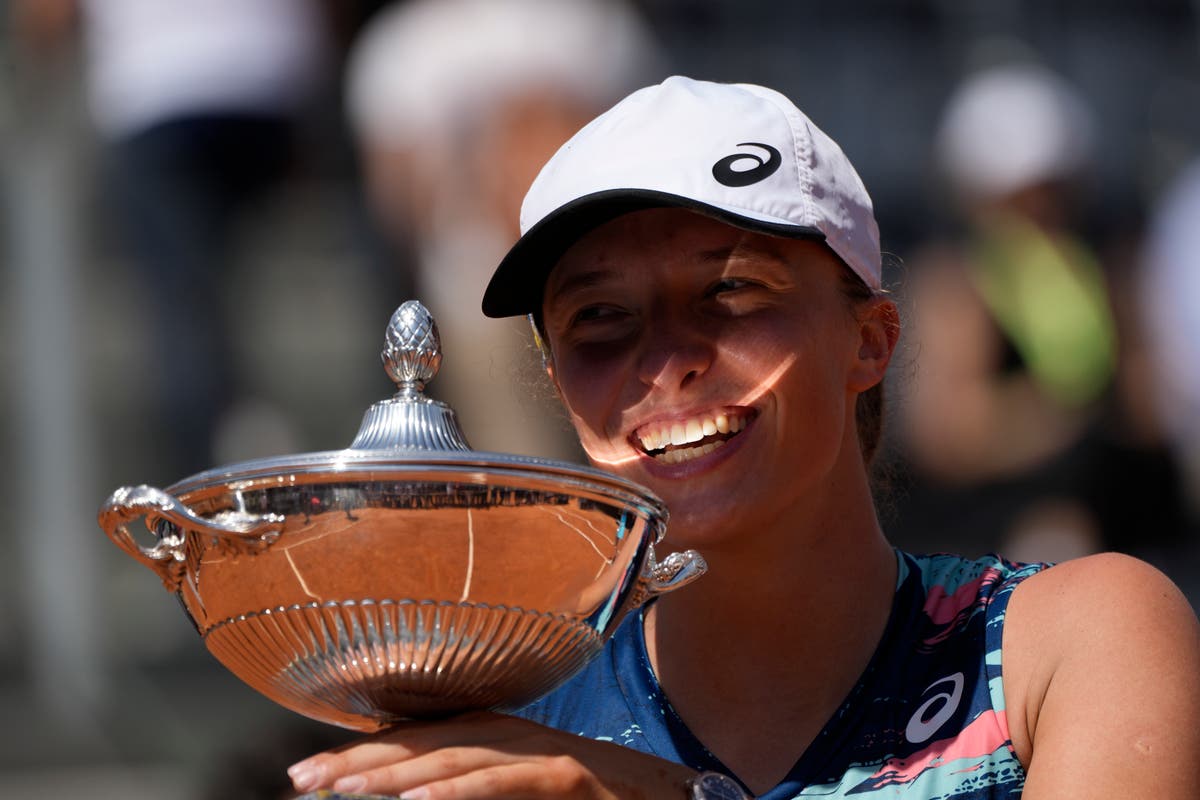 Tennis has been invaded by the future in 2022 and two names are on everyone’s lips at Roland Garros.

Iga Swiatek enters the second Grand Slam of the year as the clear world number one and title favorite for every tournament she takes part in, while Carlos Alcaraz has rocked the top of men’s tennis a few weeks after his 19th birthday.

Ashleigh Barty’s shock retirement just when she appeared to be dominating women’s tennis may have left a void, but Swiatek, who won’t turn 21 until the middle of the French Open, has swept in with back-to-back titles in Doha, Indian Wells, Miami, Stuttgart and Rome .

The Pole isn’t a new name to have burst into the spotlight with a sensational run to the French Open title in 2020, but she has clearly set herself apart from the roster of other one-time great champions of recent times by the way she’s built years her breakthrough success took off.

“I feel like a different player right now,” said Swiatek. “Last year I felt like I was still trying to find some kind of consistency in the wins I had and also confirmation that Roland Garros wasn’t just a one-off tournament.

“I feel like I’ve found that and I feel like I can move forward and just focus on my next goals. The tournaments I’ve played this year have definitely shown me that I can play better tennis on hard courts.

“The change I have to make on clay is quite different because usually it was like ‘Wow, clay, finally I can play well’. I feel like my level was high anyway. Hopefully I can just enjoy tennis like I have all season.”

Warsaw-born Swiatek has a sporting background with her father Tomasz, who rowed for Poland at the 1988 Olympics.

She followed her older sister Agata into tennis and was a leading junior, winning the Wimbledon girls’ title in 2018.

Swiatek grew up idolizing Rafael Nadal and her strong topspin forehand is the Spaniard’s equivalent in women’s football, while her all-court play and intelligent point construction are also key weapons.

A talented student, Swiatek graduated from high school and even as a top 10 player considered putting off her tennis career to attend university.

Psychologist Daria Abramowicz is as important a part of her team as her coach and physiotherapist and has played a key role in helping Swiatek adapt to the increased expectations and pressures on her.

Those same expectations are now fully geared towards the remarkable Alcaraz, who only qualified at Roland Garros last year but looks set to be a fixture at the top of the sport for years to come.

He has already won four titles in 2022, including the Masters events in Miami and Madrid, where he defeated Nadal, Novak Djokovic and Alexander Zverev in back-to-back matches.

A native of the southern city of Murcia, Alcaraz turned professional in 2018 and quickly announced himself as a serious talent under the tutelage of former world number one Juan Carlos Ferrero.

Alcaraz already has a full game of powerful groundstrokes and the best drop shots, but the most striking thing for a player his age is his maturity on and off the pitch.

His best Grand Slam performance to date came at the US Open last year when he reached the quarterfinals, but he is being touted as the likeliest challenger to Nadal and Djokovic for the Coupe Des Mousquetaires.

Alcaraz makes no secret of his ambition and says in an interview with Marca: “My goal by the end of the year is to try to win one of the three remaining Grand Slams. That is a great motivation for me and I will fight for it.”