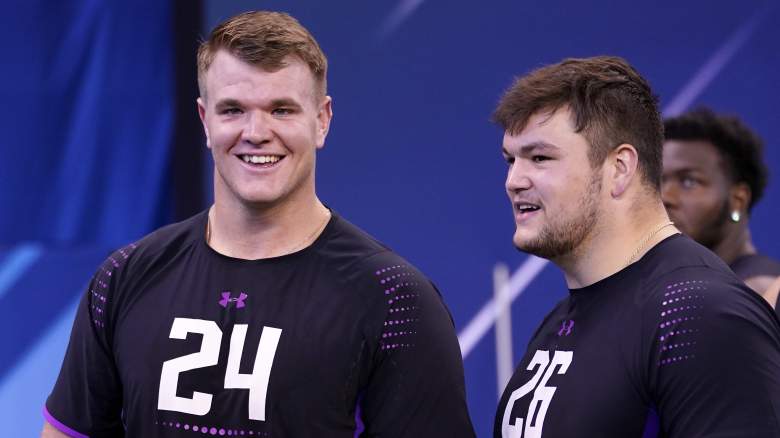 In the off-season we have plenty of time to try our hand at other areas.

One of the most popular detours are the crazy rewrite scenarios, where you get a second chance to change history. The one presented to the New York Jets this week gave them a chance to completely change the course of the past few years.

A month before the 2018 NFL draft, the Jets made a blockbuster trade with the Indianapolis Colts from No. 6 overall to No. 3 overall.

This proactive move put the Green-Whites in a perfect position to pick one of the best quarterbacks in the class.

They ended up taking Sam Darnold out of USC, but it never worked out and he was later traded to the Carolina Panthers.

However, would they still make the same choice if given the opportunity to create a new design?

This exact scenario was recently played out by Bleacher Report’s Gary Davenport. After knowing everything we’re doing now, he re-selected the first round and it turned out very differently for the Jets.

The first two picks in this revised scenario were the best-in-class passers in Josh Allen and Lamar Jackson. However, the Jets went in a different direction, with Davenport pulling the strings:

“It was somewhat of a shock when Quenton Nelson was drafted sixth overall by the Indianapolis Colts in 2018. That’s no blow to Nelson – he was widely regarded as one of the best contestants in his class, with Bleacher Report’s Matt Miller putting him third overall. It just so happens that offensive guards very rarely make the top 10.

But if ever there was an exception to the rule, it’s Nelson. All the 6’5″, 330-pound Mauler has done is make the Pro Bowl in all four professional seasons, be named a first-team All-Pro three times, and establish himself as quite possibly the best offensive lineman to highlight the league.

It’s a very interesting hypothesis because if the Jets had never traded early from No. 6 to No. 3, they could have just taken Nelson at that point.

If they did, the Jets would also have retained all three of their second-round drafts, which they would eventually have delivered to the Colts.

While they would have swung and missed at quarterback, Gang Green would have had a three-time first-team All-Pro in the trenches.

The passers to make the roster this season would have been Teddy Bridgewater, Josh McCown and Terrelle Pryor.

Gang Green didn’t trade Bridgewater until later because they picked a quarterback with the No. 3 pick overall. If that doesn’t happen, they’ll keep the former Louisville star and his miraculous comeback will take place with the Jets instead.

On paper, the deal made a lot of sense for the Jets, but in practice it fell through. The Colts played the odds with multiple lottery tickets and ended up with multiple starters and a stronger foundation.

Gang Green lost the trade point blank but was able to salvage part of it by selling Darnold to the Carolina Panthers for three draft picks last April. That didn’t completely make up for the initial trade, but it made it sting a little less.

The passers to make the roster this season would have been Teddy Bridgewater, Josh McCown and Terrelle Pryor.