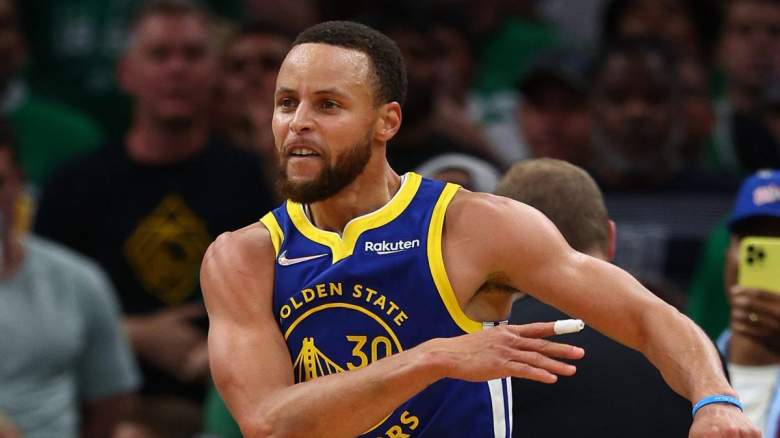 The Golden State Warriors have spent the last decade cultivating an elite group of players, and in turn have been very successful. They have won four of the last eight championships and aim to defend their title next year.

While some players have come and gone, a few core types have persevered throughout. Andre Iguodala may be nearing retirement but Stephen Curry, Draymond Green and Klay Thompson have been constant faces in the organization over the last 10 years.

Over the next two years, Green and Thompson will need contract extensions. However, so did Andrew Wiggins and Jordan Poole. While most teams prefer to plan for the future, sources who spoke to Heavy.com’s Sean Deveney believe Curry’s control of the front office could prevent that from happening.

“Steph scares them in this front office,” a Western Conference executive told Deveney. “I mean, within reason. Steph wanted Avery Bradley last year, but they wanted Gary Payton II. They didn’t listen to him and there was no problem with that. I think Steph likes having a voice but doesn’t get involved in dictating moves.”

Curry has been the face of the organization for a long, long time and they would do anything in their power to make him happy. However, if they decided to part ways with Green or Thompson, he might be upset.

And they don’t want to see what that looks like.

As mentioned, there have been times in the past when the warriors have gone against Curry’s will, but those were minor decisions. In the case of Green and/or Thompson, Curry might want more say in the decision.

“Klay and Draymond, but that would be different,” said the West manager. “If you’ve moved away from either of them, you’d better argue to Steph why. Or they can alienate him. I don’t know what Steph’s Ap***** would handle, he never seems like that. But they don’t want to find out. They can move any guy, they just have to realize they have to argue with Steph to do it.

It has been rumored in the past that Curry could see himself, Green and Thompson as a package deal. If Golden State let either of the other two run, who knows if Curry would want to stick with it?

Also, there could be some question marks over Poole’s commitment to the Warriors.

A West executive also told Deveney if anyone wanted to leave Golden State, it could be Poole.

“Poole might have some Barnes in him, though,” revealed a West executive. “He had to show a little bit what he can do when everyone was injured and the team was bad. But he was pushed back within the team when Klay was healthy and everyone was talking about Wiggins and such. It depends on how they handle that contract. But if he feels like they don’t want him, yes, I would imagine he’d look elsewhere, like Barnes did. Of course they replaced Barnes with Durant. Maybe they’ll do the same with Poole.”

Regardless, it’s highly likely that the warriors will end up running every decision they make through Curry.