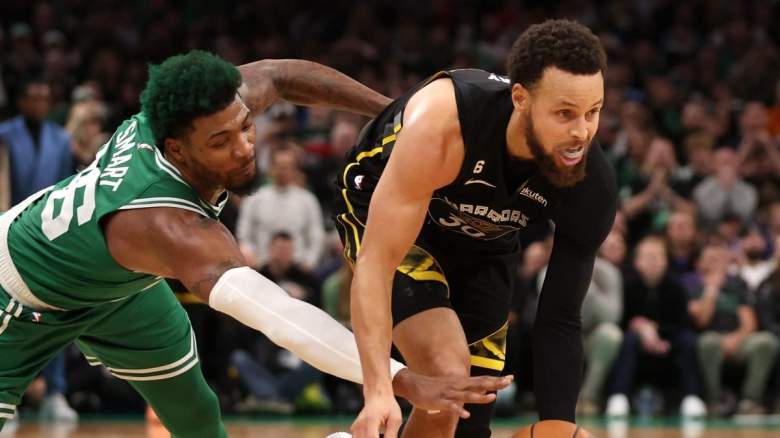 Thursday night didn’t go according to plan for the Golden State Warriors. They faced the Boston Celtics at TD Garden in a replay of their NBA Finals showdown. Golden State won in the first clash between the teams of the season, but this time Boston got the upper hand.

Head coach Steve Kerr made a big change to Golden State’s game plan against the Celtics – he started Jordan Poole against Kevon Looney. Throughout the game, the lineup helped and injured the Warriors, and after the game, Stephen Curry spoke about the change.

“There are strengths and weaknesses,” Curry told The Athletic’s Anthony Slater. “But we got great shots with it tonight. Came out with lots of juice. We need to get better at the rebound. When we give up size, we need to be more physical and be prepared to recover. But it gives us great space and gives us great shots and you have to like how we can play fast and put pressure on the defence.

Curry put up decent numbers against the Celtics, highlighted by a half-court lever to beat the halftime buzzer and give Golden State a one-point lead. The Warriors superstar dropped 29 points, four rebounds, seven assists, three steals and two blocks. However, he shot an inefficient 9-of-25 from field and 6-of-18 from three-point land.

On top of that, Klay Thompson and Jordan Poole also played well in the starting XI. Thompson finished the night with 24 points on 8-of-16 shots from the floor and 4-of-8 shots from deep. Meanwhile, Poole had 24 points, six rebounds, four assists and three steals on 10-of-25 shots from the field and 2-of-10 shots from long range.

Golden State held the advantage against the Celtics for most of the contest, but Boston managed a comeback in the final minutes of the contest. And to top it off, Jaylen Brown hit a game-winning three with just a few seconds left on the clock.

After the game, Kerr attacked the Warriors for their defensive error.

The Celtics were focused early in the game. According to Boston star Jaylen Brown, they wanted to avoid playing into the hands of the Warriors.

“I think that was the biggest thing for us,” Brown told The Athletic’s Jay King. “Against the Warriors we sort of played into their hands at times. If you misread, they’ll come back and pressurize you with their shooting ability. We must be able to do more [throughout] the game, you read that right.”