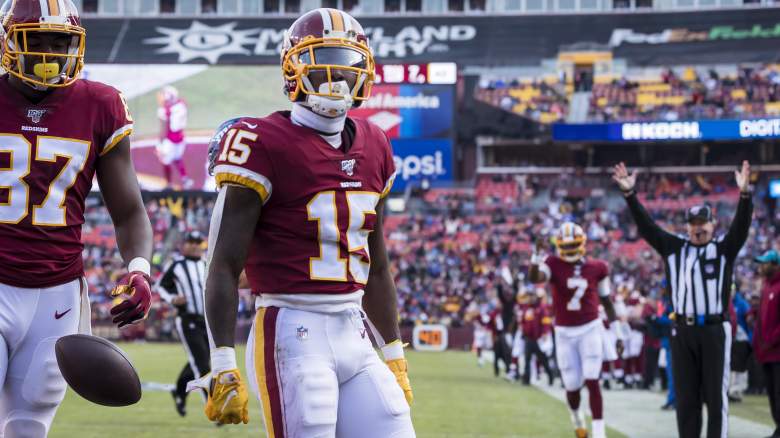 The Pittsburgh Steelers got good and bad news this week about their star receiver Chase Claypool. The bad news: Claypool would have retired with a toe injury. The good news: It wasn’t the end of the season, as initially feared.

After the injury that caused Claypool to miss the Detroit Lions in Week 10, the Steelers put Steven Sims on the training team’s active / inactive list.

In September Sims, 24, joined the Pittsburgh training team after spending two seasons with the Washington Football team. It was there that he developed a certain relationship with Dwayne Haskins, who now sits as the third quarterback for the Steelers. Sims accumulated 575 yards and five touchdowns on 61 receptions (per the Pro Football Reference) while adding 103 yards on the ground (10 tries) and one more score.

Because of his speed and ability to deal with two threats, Sims drew comparisons to the Kansas City Chiefs wide receiver Tyreek Hill, who was leaving college. College Football Metrics’ RC Fischer wrote the following in his scouting report on Sims:

It didn’t turn out like that for Sims, but maybe he’ll get the chance to flash a little of what Fischer saw in him two years ago.

The announcement that Sims were nodding at Anthony Miller got Steelers fans excited.

The reason is obvious when you look at your numbers: Sims, as a return specialist, offers electrifying value. This is a smart Pittsburgh move given Ray-Ray McCloud’s recent bouts. In Week 9 against the Chicago Bears, McCloud got cute and fumbled while trying to make something out of nowhere and almost gave up the game for Pittsburgh.

As for Sims, he averaged 24.6 yards per 861 yards when kicking off in Washington. He scored another 91 yarder and was honored as NFC Special Teams Player of Week on November 27, 2019.

Sims could give the Steelers the spark they lacked in the return leg.

Answer: On the exercise team.