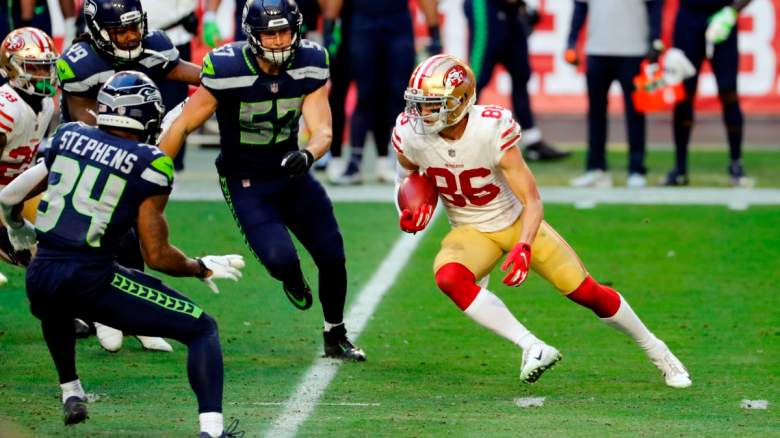 On Tuesday, October 12, the Pittsburgh Steelers lost rookie training team cornerback Mark Gilbert to the Detroit Lions. On Wednesday, Pittsburgh filled the vacancy on the exercise team of Cornerback Linden Stephens mandatory, 26, who played 13 games for the Seattle Seahawks in 2020.

Stephens originally entered the league in 2018, signing with the New Orleans Saints as an undrafted free agent from the University of Cincinnati. However, he didn’t make his regular season debut until 2019 when he appeared in three games for the Miami Dolphins, for which he played a total of 55 snaps, according to the Pro Football Reference.

He was claimed waivers by the Seahawks the following off-season and played 199 snaps for Seattle in 2020, of which 164 came on special teams. He recorded three solo tackles for Seattle, the same number he had in Miami the previous year.

Stephens signed with the Washington Football team in May 2021, but was part of the team’s final round of cuts on August 31. Most recently, he spent some time on the Baltimore Ravens’ training roster before joining published on October 4, 2021.

Right now he’s the only cornerback on Pittsburgh’s practice team and one of only two defensive backs, the other being rookie safety Donovan Stiner, an undrafted free agent from the University of Florida.

The Ohio native played his college football for the Cincinnati Bearcats between 2014 and 17, appearing in 50 games with 21 starts. During that period he recorded 140 tackles, six interceptions, 26 defended passes and had a forced fumble.

Linden’s father, Mac Stephens, played collegially in Minnesota and had a brief NFL career, according to the Pro Football Reference. The former linebacker played four games for the New York Jets in 1990 and another three for the Minnesota Vikings in 1991.

The Steelers’ official Twitter, which is usually very conservative, retweeted the message with an unusually bold answer.

It’s not clear why the Arizona social media team decided to bring up the issue at this point, but whatever.

Super Bowl XLIII re-aired on NBCSN in June 2020. The re-broadcast featured a brand new interview with Santonio Holmes in which he cried tears of joy as he discussed his touchdown catch and Super Bowl MVP performance. You may recall that Holmes caught nine passes for 131 yards in that game, including four receipts for 73 yards and the TD on the game-winning drive. NFL Films has named Holmes’ touchdown the third biggest catch of all time.