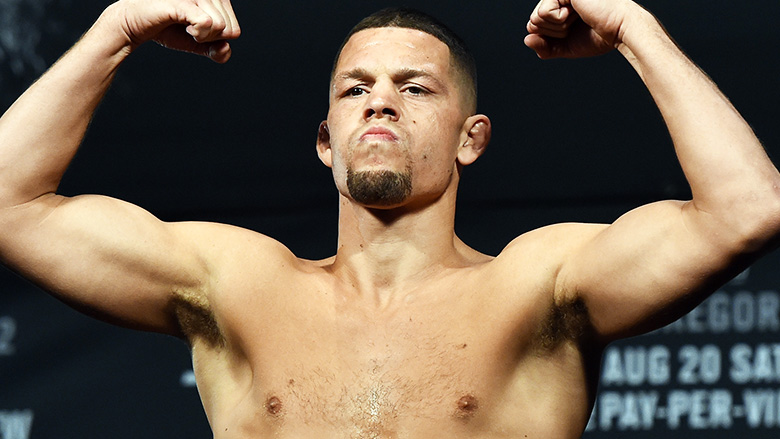 MMA superstar Nate Diaz has one more fight on his UFC contract, and a certain rising name wants to be Diaz’s potential final UFC opponent.

UFC welterweight number 10 Khamzat Chimaev has challenged Diaz several times lately. And on Monday, November 14th, 2021, he shared a picture of himself with two guns on Twitter and wrote, “I’m coming 209 @ NateDiaz209.”

209 is Stockton, California’s area code, and that’s where Diaz comes from. See the tweet and a screenshot of Chimaev’s picture below:

“Borz” became active again last month after more than a year without sport. He dominated Li Jingliang during the UFC 267 main card on October 30, 2021, winning by submitting in the first round. He is now 4-0 in the UFC and 10-0 as a professional mixed martial artist. Of his four UFC games, he has only been hit by one significant goal.

During the UFC 267 Post-Fight Presser, Chimaev challenged Diaz to a fight to “see who the real gangster is”.

UFC President Dana White is also keen to bring the fight together. Speaking to TMZ earlier this month, the promotion president confirmed that he plans to speak to Diaz about the Chimaev clash while praising “Borz” ‘s dominance at the Octagon to date.

“We’re going to talk to Nate (Diaz) about it,” White said of the MMA Junkie. “One hundred percent (I’m interested in fighting this fight).

“This guy is like nothing anyone has ever seen. If you think about it, he has had more UFC wins than he was hit at the Octagon. It’s insane. The other day they filmed his strike on Instagram Live and it broke the record. It’s the biggest Instagram Live we’ve ever done. “