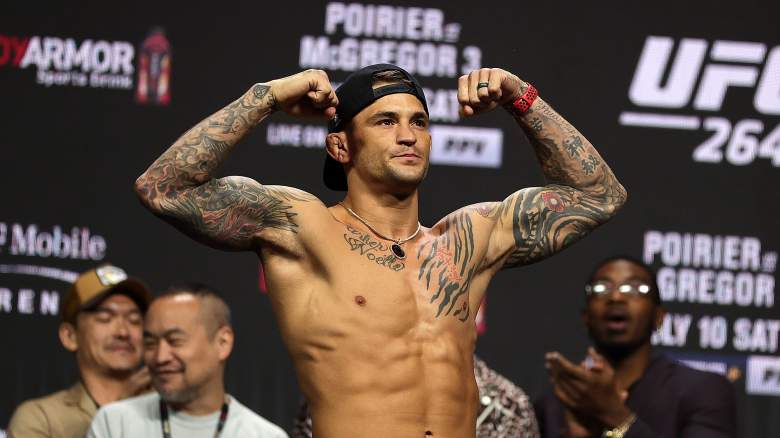 UFC lightweight No. 6 Beneil Dariush recently took issue with Dustin Poirier turning down a 155lb fight with him.

Poirier, ranked No. 2 on the official UFC rankings, has not competed since attempting to win undisputed gold at UFC 269 in December, losing to Charles Oliveira via a rear-naked choke in the third round.

The Diamond has been vociferous for months to want to return to the Octagon as soon as possible. But since Dariush was recently booked to fight 9th-ranked lightweight Mateusz Gamrot at UFC 280 on Oct. 22, Dariush is left wondering if Poirier turned him down.

“We asked the UFC for Dustin Poirier,” Dariush said in a recent interview with MMA Junkie (h/t MMA News). “And it’s not really clear, I don’t know if Dustin turned me down or the UFC never asked Dustin because as a guy I felt like me, let’s be honest. I’m not a superstar, and the scary thing about me is that I pretty much eat the star and don’t become the star.

“So it’s a bit of a tricky situation. It’s possible they didn’t even ask him. If I could, I’d like to ask Dustin, ‘Hey, did they actually offer you the fight?'”

Dariush (21-4-1) last fought in May 2021 at UFC 262 when he defeated Tony Ferguson by unanimous decision. He was due to face No. 1 contender Islam Makhachev in a bout in February, but the American withdrew from the competition with an ankle injury.

Healed, Dariush is ready to get back to work and he will take on the rising Gamrot who is on a four-fight win streak. Gamrot’s (21-1, 1 N/C) most recent win came during the UFC last month on ESPN 38 when he defeated Arman Tsarukyan by unanimous decision in the evening’s headlining act.

If Dariush were the UFC’s matchmaker, he would next match The Diamond against Justin Gaethje. “If anything, it would be Dustin Poirier versus Justin Gaethje,” Dariush told ESPN. “I haven’t been in the top 5 that long, but I think the ideal situation is to fight each other.”

Gaethje last fought at UFC 274 in May when he had his chance to become the undisputed UFC champion. The fight didn’t go well for “The Highlight” though, losing to Oliveira via a rear naked choke in the first round.

The fighter announced last month that he will be on the shelf while he recovers from a nose job. And once he’s back, he’s ready to go for a third run for the lightweight championship.

“I’m going to have nose surgery on July 14,” Gaethje said via Bloody Elbow. “Take a good month to recover and get back to work. I think late year, most likely early next year. There are a few fights that will happen, so I’ll let those ones happen. I want to delete two [or] Three fight way back to the title fight. I want to earn it like I should but I have a great manager so I don’t worry too much about that. I will be ready to fight.

“I’ve been waiting for someone to break my nose in MMA for 13 years and it hasn’t happened. I broke it in wrestling practice 13 years ago and life has been hell ever since. I have to wear a nose drop to bed every night. Eat, sleep, live, train, fight. I’m not sure. I don’t even know what my fucking voice sounds like. I’ve been waiting for it to break for a long time. Nobody did it so I’ll do it myself and give him one last run to the title.”