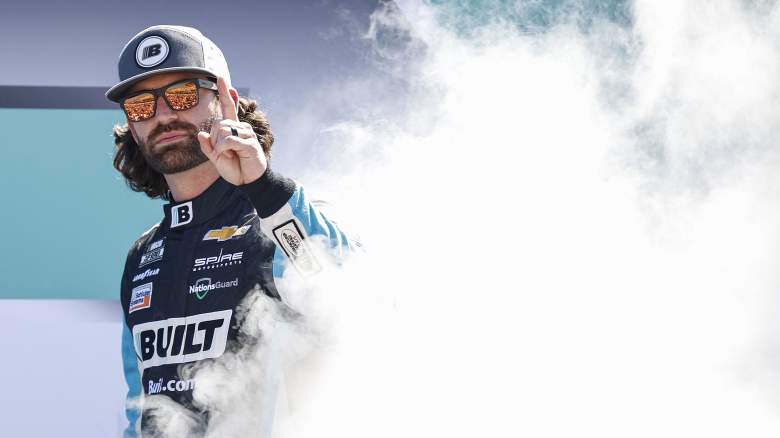 Spire Motorsports has taken a big step ahead of the 2023 NASCAR Cup Series season. The two-car team has landed a new lead partner on a multi-race deal.

Spire Motorsports announced the news with a unique wrestling-inspired video. Corey LaJoie, the driver of the #7 Chevrolet, emerged in a Celsius fire suit as an announcer provided comment. He then took two cans of the drink, smashed them Stone Cold Steve Austin-style, and poured them in his mouth. Finally, he wiped up his mess.

The video also showed the fresh look of the #7 Chevrolet Camaro. LaJoie’s stock car will have a white base with orange splashes to tie in with the door number. A giant Celsius can covers the back of the No. 7, while Celsius logos occupy a prominent place in the door area.

“I couldn’t be happier riding Celsius,” LaJoie said in a press release. “The Celsius brand and product not only aligns with my energy needs on race day, but also supports my active everyday lifestyle. I look forward to being part of the Celsius family and fighting for the opportunity to bring Spire Motorsport’s No. 7 Chevy Camaro to victory at the Daytona 500.”

According to the press release, LaJoie will debut the Celsius program during the trip to Daytona International Speedway for the season-opening Daytona 500. He will then bring it back at several other races.

Spire Motorsports didn’t provide many details about the partnership. No other titles or dates were specifically mentioned in the announcement. Instead, the focus stayed on a track where LaJoie has some strong performances.

The veteran driver has made 12 starts at Daytona International Speedway in his Cup Series career while driving for smaller teams. Three have resulted in top 10 finishes. A sixth place in the Coke Zero Sugar 400 2019 stands out as a highlight.

In addition to the top 10, LaJoie also has four other top 20 finishes. These helped bring him an average score of 19.0, which he will look to improve during the 2023 Cup Series season.

The partnership with LaJoie and Spire Motorsports is the latest step for Celsius. The clean energy company has gained a foothold in the national NASCAR series in recent years, working with multiple teams.

In the 2022 season alone, Celsius worked with four main teams in the Cup Series and another in the Xfinity Series. The beverage company served as Michael McDowell’s associate partner at Front Row Motorsports and RFK Racing. It also served as the main partner of Live Fast Motorsports and Kaulig Racing.

The partnership with Live Fast Motorsports actually included a race during the 2021 Cup Series season. Celsius took over the #78 Ford Mustang for the Buschy McBusch Race 400 at Kansas Speedway.

While Celsius has increased its presence in NASCAR in recent seasons, it actually played a role as a principal partner a few years ago. The company sponsored Blake Koch several times in 2014, 2015 and 2016 when he drove for both TriStar Motorsports and Kaulig Racing in the Xfinity Series.