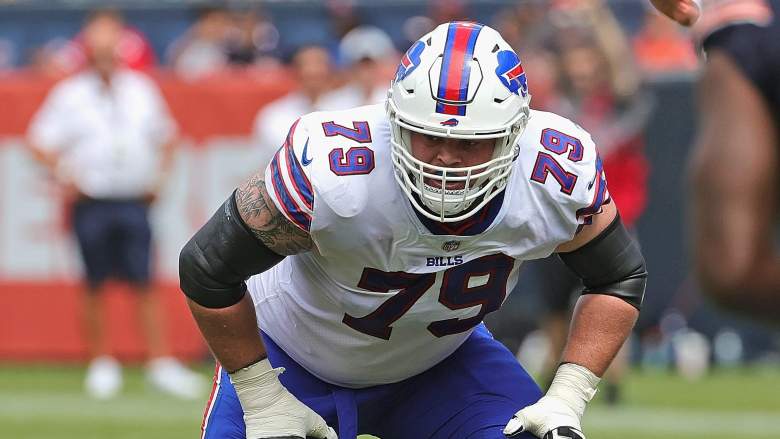 The Buffalo Bills have suffered another blow from COVID-19, with the infection killing a key member of the offensive for the next two games.

The team announced Thursday that Spencer Brown had been put on the COVID-19 reserve list with an offensive tackle, just as wide receiver Jake Kumerow got away with it. Brown, the team’s third-round pick, has emerged as one of the best offensive linemen and made his way into the starting XI. Given the team’s brief turnaround, Brown could be at risk of missing out on both of Buffalo’s upcoming games.

As noted by SB Nation’s Buffalo Rumblings’ Dan Lavoie, Brown’s future availability will depend on his vaccination status. The timing of the team’s announcement means Brown will almost certainly miss Sunday’s game against the Indianapolis Colts, and with the team playing Thanksgiving just four days later, he could miss this one too.

“This week a vaccinated, asymptomatic Brown could potentially play against the Saints,” Lavoie wrote. “Otherwise he wouldn’t have this luxury. Of course, we hope that the vaccine or not, Brown’s symptoms are mild. Bills fans won’t forget how the virus ravaged Dion Dawkins this summer and prepared him for a bumpy season this year.

The Bills have now lost a number of players to the COVID-19 / reserve list in the past few weeks, including backup quarterbacks Jake Fromm and Mitch Trubisky. That left Davis Webb as Josh Allen’s backup against the Jets, and he entered the game as a mop-up service late in the fourth quarter of the win.

Defensive tackle star Lotulelei was added to the reserve list on Sunday and his status remained up in the air as of Wednesday.

“I do not know. He’s still in this COVID trial this morning, ”McDermott told reporters via video conference when asked if Lotulelei could play against the Colts. “Seems fine, you know. The best I can tell you. I don’t see him, so. “

Brown had already missed two games after sustaining a back injury and returned on November 14 to help the Bills beat the New York Jets 45-17. After the Bills struggled to establish a lavish game in their 6-9 loss to the Jacksonville Jaguars the previous week, Brown helped spark a strong ground attack against the Jets. Four different players scored quick touchdowns for the Bills, and Brown made a number of key blocks to lead the way.

After beating the Jets, Bill’s head coach Sean McDermott praised the energy that put Brown on the offensive.

“I thought we got the ball across effectively, especially in the second half, mostly in the third quarter. He’s a young player, let’s not induct him into the Hall of Fame just yet, okay please help me with that, ”McDermott joked to reporters on Syracuse.com. “He’s a young player who has to keep learning what it takes to play in this league and he knows that and that being humble and hungry is real and we have to continue next week.”