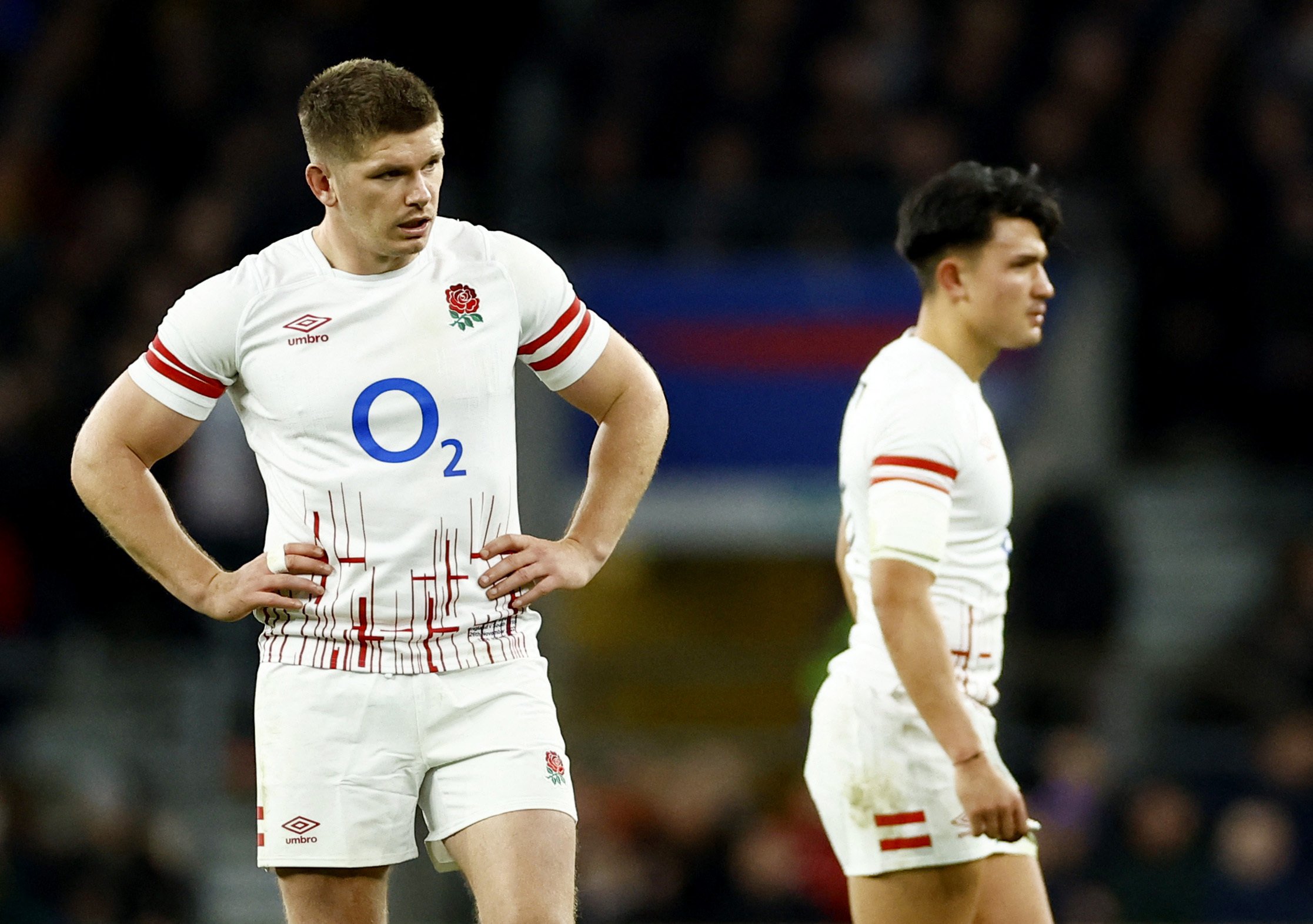 Springboks enjoy a convincing 27-13 win, reinforcing the feeling that this English team is of mediocre quality with mediocre coaches

It was a comprehensive defeat for England at the hands of the world champions and raised a lot of questions for Owen Farrell’s men to answer at the end of an Autumn Nations Series in which they have only defeated Japan, drawn New Zealand and lost to Argentina and South Africa , all at Twickenham.

In a very tough guard for the home fans, the Springboks hit the red rose in the scrum, adding to creeping concerns that this England team, who aren’t far from full strength on the injury front, are of mediocre quality with mediocre coaches.

When it comes to trying combinations and styles and building towards a World Cup, as England head coach Eddie Jones points out, nine Tests, including the Six Nations, remain over the next eight months to make a significant step forward.

South Africa had lost their last three games against England here since 2014 and won the 2019 World Cup final between the sides.

But the Boks’ recent form has been decent, with narrow defeats away to the world’s top teams Ireland and France this autumn series and a big win in Italy.

And the words of head coach Jacques Nienaber before the game came true.

Not dodging questions about his rugby director Rassie Erasmus’ unique social media activity, Nienaber had asked for more appreciation for the Boks’ back three.

And those who haven’t already appreciated Kurt-Lee Arendse had to applaud the try in 32 minutes, which tore a gap between the teams after the initial back and forth of penalties.

Marcus Smith launched a punt to land just outside the South Arrica 22, but Damian Willemse, his fly-half opponent, accepted it as an invitation to charge and feed Willie le Roux inside him when Jack van Poortvliet put in a tackle.

Le Roux sped off to the right, sending Arendse in a sweet arc out of Smith cover for a wonderful seventh try in seven Tests.

England had been caught short on numbers as they followed Smith’s original kick. And for South Africa it was no case of Cheslin Kolbe, no problem, with the most famous of their sparkling wings among six players unavailable for that test outside the November international window.

England had done well to stop a line-out drive in South Africa early in the first half, but they collected penalties under pressure, in the side of Mauls and so on.

They also had the rare sight of Owen Farrell’s Kicking Radar off the beam, with two captain penalties wide of the post as South Africa led 14-3 at half-time.

England, who had spent a devastatingly meager six seconds in the visitors’ 22nd place before half-time, launched a mini bomb squad from the resumption with Ellis Genge, Luke Cowan-Dickie and Will Stuart new to the front row and Jack Nowell replaces Tommy Freeman.

But the next goal was a second drop goal from Willemse to make it 17-3, followed by a costly and crass penalty from England’s big lock Jonny Hill for pulling Faf de Klerk away from a ruck.

That was immediately made worse by a yellow card for Hill’s Sale club-mate Tom Curry, with England cautioned by referee Angus Gardner for a repeat offence.

South Africa quickly added their second try, which was run over by Eben Etzebeth at the post and converted by De Klerk.

England were given a much-needed lead when South African base substitute Thomas du Toit saw a red card in the 60th minute for driving in the head of Cowan-Dickie. Simultaneously, Henry Slade came into play for Smith, who had earlier sprained his ankle.

Trailing by 21 points, England needed a comeback of even greater magnitude than the 19 they pulled back in the final 10 minutes of the draw against the All Blacks a week ago.

There was a brief try for Slade after a line break from Farrell but no replay result as two English line-outs were stolen on the Bok line by a team that excels at back-to-the-wall defence.