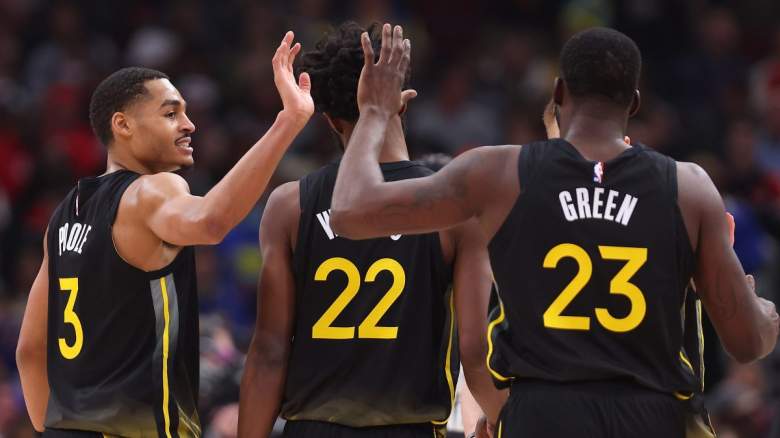 Things didn’t go according to plan for the Golden State Warriors this year.

It started before the season even started. As soon as the video leaked of Draymond Green slapping Jordan Poole in the face in training, the entire course of their season was postponed. And the way things turned out, it probably had an impact on her.

The Warriors are currently sitting at 22-22 on the season, good for only sixth place in the Western Conference standings. And according to sources who spoke with Heavy Sports’ Sean Deveney, the incident greatly impacted Golden State’s chemistry.

“Poole is a pro. He’s a young man, he can be emotional, he doesn’t back down — that’s one of the reasons he got involved with Draymond initially — but he won’t hurt the team,” a Western Conference executive told Deveney. “Draymond has free rein to worry about in July, he can’t be an asshole anymore, not this year. So nothing is brewing between the two, they don’t fight every day. But you talk to people there and it’s still all over the team, the camaraderie isn’t the same, the way the guys open up, that’s not there and you can’t force that. You talk to people who have been there for a while and there’s a chill that this team doesn’t usually have.

After the altercation, Green apologized to Poole, Poole’s family and the team, but the damage was done. Post-issue reactions from Steve Kerr and Stephen Curry showed how much the warriors were affected by the hit and the video leak.

However, the dispute between Green and Poole is not the only thing currently causing a rift in the Warriors organization. Other sources who spoke to Deveney revealed that the players and the front office are at odds over how to proceed ahead of the NBA trade deadline.

“It depends who you’re talking to,” a Western Conference executive told Deveney. “They’ve always had a front office, a whole organization that was on the same page from start to finish. They are at a point now where there is some disagreement that some of the players and coaches want them to be aggressive now and some in the front office want them to continue being patient with the youngsters.

And on top of that, sources say Stephen Curry won’t be too happy with the Warriors. They noted that by the close of trading, Curry could be mad at Golden State’s plans.

“Steph is letting it be known and he has announced that he is turning 35 [in March], and he doesn’t have time to wait for James Wiseman to travel to the G League,” a Western Conference executive told Deveney. “He also doesn’t think they won a championship last year and they should be happy with that – he’ll be frankly pissed if they don’t do anything and lose in the play-in or something.”