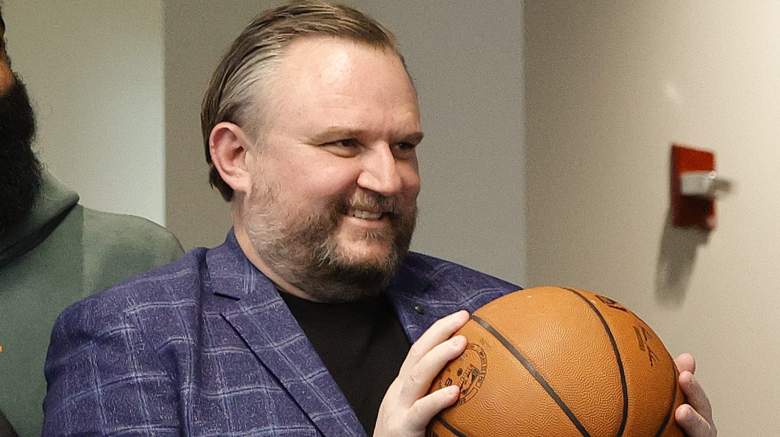 According to Daryl Morey, Doc Rivers will return as the head coach of the Philadelphia 76ers for the 2022-23 season. The Sixers’ team president gave him a clear vote of confidence Friday afternoon during the team’s year-end media availability.

The news comes as no surprise to anyone who’s been paying attention to the team. Despite all the rumors linking Rivers to the vacant head coaching job with the Los Angeles Lakers, the veteran coach — ranked #9 on the NBA all-time list with 1,043 career wins — has the Sixers’ confidence in the locker room and on property.

Explaining why keeping Rivers is so important to him, Morey stated that he is the guy best suited to lead the Sixers to their first championship since 1983.

“He’s a great coach. I feel like I’m learning from him.” Morey to reporters. “I think Elton [Brand] and he and I are a great team and you know we’ll see where this journey takes us. But we have a very good feeling about where it’s going and there’s a really good chance of winning a title there.”

Rivers was specifically asked why getting out of the second round of the playoffs was so hard and gave a pretty straight-forward answer: Winning is hard. Add to that a lot of injuries and off-court drama.

“This year has been tough. We obviously didn’t make it, with all the injuries and stuff, so the answers are simple,” Rivers said. “It’s hard. We’re almost there. We fight ourselves and that’s all you can do and then come back and keep working at it until you’re over the hill, but only because you want us [to win a championship] – maybe yes [reporters] and the fans definitely want it — it’s not like, ‘Okay, it’s happening.'”

Rivers continued, “Milwaukee, look at them, they took them two to three years to get over the mountain, they kept falling and then they did. So that’s how it works, you know, and it’s not guaranteed to anyone. And that would be my answer.”

The other major offseason story to watch involves James Harden. The 2018 MVP told reporters he plans to sign on and return for next season and “do whatever it takes” to help the Sixers win a title. The hint that Harden may need less money for a contract extension to come back.

On Friday, Morey confirmed he expects Harden to wear a Sixers uniform next year, but is working out the finances with his representation.

“That’s the plan to get him back,” Morey said. “That’s been the plan since the trade. Of course we need to work with his representation and that will be between us to figure out how that works.”

Harden’s opt-in is worth $47.3 million for next season once picked up. He is then eligible to sign a four-year, $233 million contract extension with the Sixers.