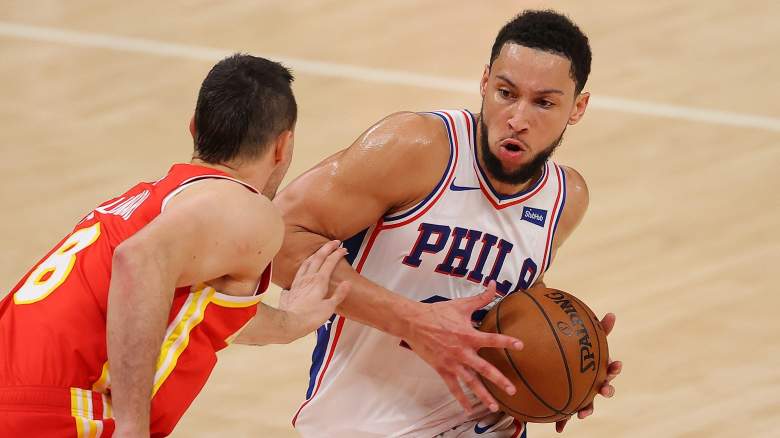 It turns out that there is an actual list, a sort of “Simmons List,” floating around the halls of the Philadelphia 76ers’ front office. According to The Athletic’s Sam Amick, there are 30 NBA names on that list, and any of the 30 would be enough to convince the Sixers to finally grant the wish Simmons made the team this summer – that he wanted a trade .

If the Sixers get one of the names on the list back for Simmons, a deal will be struck. According to Amick’s article, it’s that simple. The 30 names, however, include most of the best players in the league, and while none are currently available in a Simmons swap – otherwise a deal would have already been made – that could change.

Amick then quotes a source as saying, “This is like a perennial thing.”

This won’t be music to most Sixers fans who have been tired of the Simmons debacle for weeks. The idea that this could go on for another, say 52 weeks – or, God help us, 104 weeks – does not sound tempting.

But that is the position that the Sixers have clearly defined here. Simmons is only 25 and was number 1 in the 2016 NBA draft, a top prize in the league in every way. He’s three-time all-star in just four seasons, with a career average of 15.9 points, 8.1 rebounds and 7.7 assists, a versatile offense player – 6-foot-11 he’s just as good at a power forward being a point guard – and a loyal man on the defensive.

The Sixers see this value and want a similar value in return. However, the rest of the league is seeing a player who was afraid of shooting in last year’s Eastern Conference semifinals, one who is in a crisis of confidence. You also see a player who entered the league averaging 15.8 points, 8.2 rebounds and 8.2 assists as a rookie and has stagnated ever since.

Simmons hasn’t improved his game significantly in four seasons, which calls into question his work ethic and commitment to the game.

The longer the Sixers hold their position at Simmons, the more the team wastes the prime of the great man Joel Embiid, an annual MVP candidate. If anyone here could break the stalemate, it could be Embiid, who is sure to be as tired of the saga as the rest of us.

The discrepancy between the Sixers’ view of Simmons as a commercial value and the rest of the league’s view of him has sparked the stalemate between the team and the player. But the Sixers are clearly determined to stick to their list, which, according to Amick, includes James Harden of the Nets, Damian Lillard of the Blazers and Bradley Beal of the Wizards.

Harden can be a free agent this summer and is expected to sign with the Nets again. Beal could seek a long-awaited escape from Washington, but the wizards’ surprisingly strong game so far – they lead the East 10-4 – has diminished the certainty that Beal would soon be eliminated. That leaves Lillard, the player the Sixers want most in exchange for Simmons.

Lillard hasn’t asked Portland for a trade yet, but with the team plunging into a state of front office turmoil lately, not to mention the mediocrity on the pitch (they’re 8-8), the odds are that Lillard will asks for an offer. A Lillard-Simmons swap would always be the cleanest way to fix the problem, if Portland only sticked to it.

And there was one other way that Amick mentioned in addition to the 30-player list for breaking up the Simmons saga – the intervention of the NBA. Unfortunately, that’s a long shot. Amick wrote, “A source familiar with the league perspective saw their potential involvement as a“ final step, ”while stressing the fact that Simmons’ contract is not with the league but with the Sixers. From now on it is clear that the league would prefer to let the situation play. “