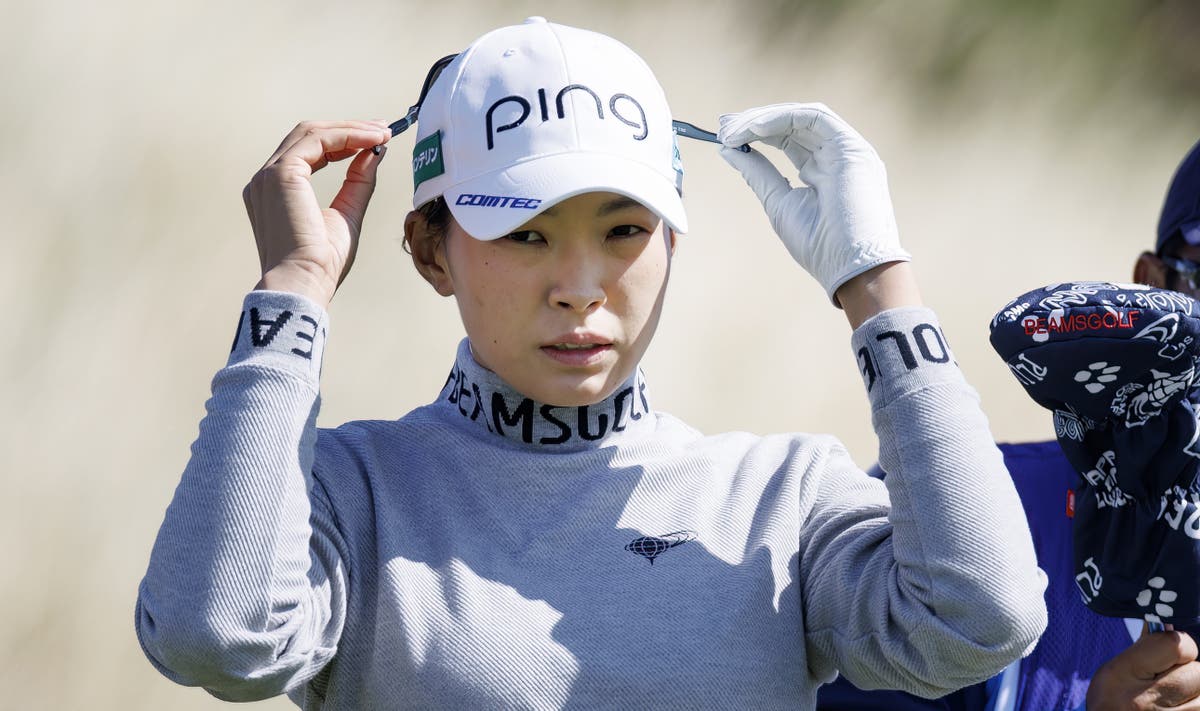 Former champion Hinako Shibuno put on a “scary” display of putting to earn a narrow lead at the AIG Women’s Open at Muirfield.

Shibuno, who won her first major title at Woburn in 2019, got off to a flying start with birdies on the first three holes and laid on eight cards in an opening six-under-par 65 game at the £6m event.

That left the 23-year-old Japanese a one-shot lead over America’s Jessica Korda, while Scotland’s Louise Duncan and Mexico’s Gabby Lopez were another shot behind after a 67.

“It’s been a long time since I’ve played this well, especially putting. To be honest, it was a bit scary,” Shibuno said through an interpreter.

“I haven’t changed much. My caddy told me that my body balance was out of whack when I missed putts. Once I focused on that, I could play a lot better.

“When we played at Royal Troon two years ago, the wind completely overtook my shots. I haven’t thought about how to use this to my advantage.

“But for this tournament I was able to adapt my style to the elements. I imagined my swing if the wind was from the right I could play by feeling how far I need to be from the pin I need to aim for.”

Korda recovered from an early bogey and recorded four birdies and an eagle on the 17th, despite having to play in borrowed clothes as her bags didn’t arrive.

“If anyone at Zurich Airport knows someone who would like to pack my suitcase for the one flight per day that comes to Edinburgh, I would be very happy about it,” said the world number 14.

“I know where it is, I have a flight tag on it. I can’t get anyone to actually get it.

“On Monday I wore Megan Khang pants. Tuesday I wore my sister’s pants and Wednesday I wore Alison Lee’s pants. Today I am wearing FootJoy pants.”

Playing in the first group at 6.30am alongside former champion and local Catriona Matthew, Duncan scored an eagle, four birdies and two bogeys to match her score from the opening round at Carnoustie 12 months ago when she finished 10th as an amateur. occupied place.

“The 4.30 alarm was worth it,” said the 22-year-old, who turned pro in July and missed the cut in her first event in the paid ranks last week. “I wouldn’t be happy if it wasn’t worth it.

“Overall, I’m really happy with my game. I hit a lot of greens, a lot of great putts. I also remained patient which resulted in me potting a putt (for Adler) on the 17th.

“I think the key is that I didn’t take it too seriously. I just went out and enjoyed my warm up, had a little chat with Dean (Robertson, her trainer and caddy).

“I didn’t have a paycheck and I still feel like an amateur. Yeah I’m rolling the punches and we’ll see where it takes me.

Two-time Solheim Cup captain Matthew fought for a five over par 76, double bogeyed on the first and tenth and failed to manage a single birdie.

“It’s great to be the first women’s pro event to be hosted here and for me as a local it was a great honor to hit the first tee,” said Matthew, who lives in nearby North Berwick.

“Apart from the two doubles, I actually played quite well. It’s a little frustrating. But Louise played great. Great round from her. She kept it very calm, didn’t get into trouble and took advantage of the par 5s.”

England’s Georgia Hall, who won the 2018 Royal Lytham title, is five strokes off pace after a 70 opening, while compatriot Charley Hull and Ireland’s Leona Maguire are level.