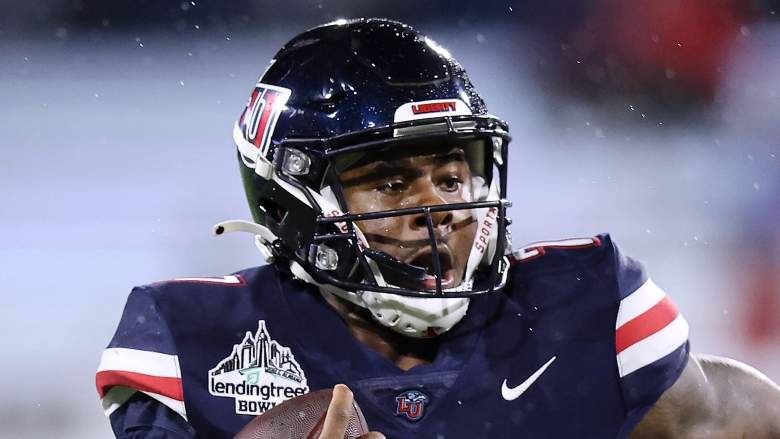 Heading into day two of the NFL draft, the Seattle Seahawks were mentioned as a possible landing spot for Liberty quarterback Malik Willis. Instead, the Seahawks opted to pass Willis and the other available quarterbacks in favor of Minnesota pass rusher Boye Mafe and Michigan State running back Kenneth Walker III. Wynn Bet’s Joe Fann criticized the Seahawks for drafting a running back so early.

“The Seahawks are so predictable,” fans noted on Twitter. “I understand why they designed an RB, I just deeply disagree with the decision.”

“…I was wondering before the two Seahawks picked what they really thought of the QBs. … and then we found out” Rapoport tweeted after Seattle twice passed a quarterback in the second round.

Walker put on strong numbers at Michigan State last season, catching 263 rushes for 1,636 yards and a whopping 18 touchdowns for the Spartans in 2021.

There was some speculation that Seattle might consider taking Desmond Ridder or Matt Corral in the second round. Prior to the draft, ESPN analyst (and noted Seahawks fan) Mina Kimes asked Seattle to take on Willis. En route to day two, Kimes pitched Seahawks general manager John Schneider to draft Willis.

“Please, for heaven’s sake, draft Malik Willis.” remarked Kimes on the April 29 edition of NFL Live. “…He’s the only quarterback in this class with special, special qualities… Yeah, he’s got a lot of work to do in terms of processing and executing a pro-style offense, but he’s got time. You have time, nobody expects you to be good this year. So design the fun, exciting quarterback so the Seahawks can be entertaining on Sundays. I beg you.”

Ben Baldwin from The Athletic seemed puzzled not only by the Seahawks’ decision to pass Willis on, but also by the fact that the team ran backwards instead.

“Malik Willis fell to the Seahawks at pick 41 and they took a rebound instead,” Baldwin said on Twitter.

The move surprised even Walker himself, who didn’t expect to be picked by Seattle. The Seahawks’ selection of Walker suggests that Chris Carson’s recovery may not be as far along as the team hoped heading into the offseason.

“Kenneth Walker III said he spoke to the Seahawks at the combine and had a Zoom follow-up call with RB coach Chad Morton, but Seahawks weren’t really on his radar.” Adam Jude of the Seattle Times tweeted on April 29. “,I am very surprised. But at the end of the day it’s a blessing to be on this team.’”

Not everyone was against the Seahawks’ pick in the second round. Rob Stanton of the Seahawks Draft Blog noted that he was a “big fan” of Seattle catching Mafe and Walker in back-to-back picks.

“Big fan of both of those picks for the Seahawks,” Stanton tweeted. “Boye Mafe has everything it takes to be a great pass rusher. Kenneth Walker wore MSU and was one of the best players at CFB over the past year. You have added value here. Great pair of picks.”