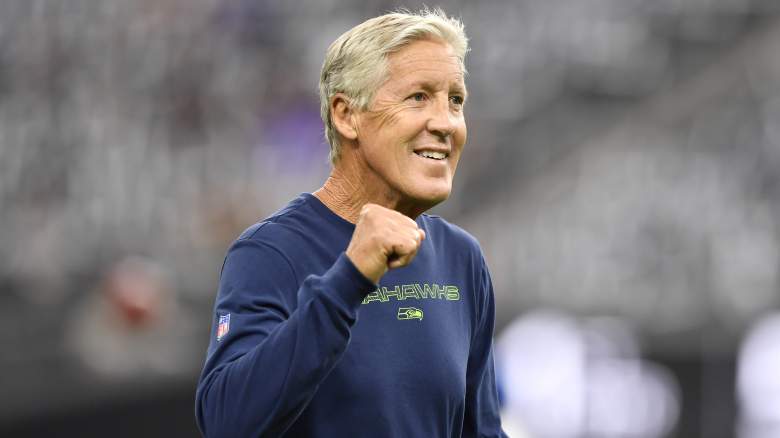 The Seattle Seahawks could be looking at their new future franchise quarterback.

Pro Football Network’s Cam Mellor recently released an early version of his 2023 NFL Mock Draft. Based on his predictions, the Seahawks will pick their new franchise quarterback in University of Alabama’s Bryce Young with the ninth overall pick.

“Much like the Lions, the Seattle Seahawks were so adamant about not picking a quarterback in the top portion of the 2022 NFL draft that they tried their best to trade down,” Mellor said April 30. “Having unsuccessfully done so, the Seahawks have a pair of bookends for new quarterback Bryce Young.”

According to Mellor, Young possesses an “elite right arm” and a moxie that rivals the most experienced quarterbacks in the game today.

“Young, the reigning Heisman Trophy winner, possesses an elite right arm and a strong streak that rivals the most experienced NFL quarterback today,” says Mellor. “He stands upright in the pocket and delivers the ball to every level of the field with precision and on time.”

As Mellor notes, the Seahawks passed several opportunities to pick a new franchise quarterback during the 2022 NFL draft. In fact, high-level prospects like Malik Willis and Matt Corral fell back to the third round of the draft, and Seattle still didn’t pick any of them.

With the Seahawks entering the 2022 NFL season and Geno Smith and Drew Lock vying for the starting job, it’s safe to say Seattle is gearing up to pick its new franchise quarterback in the 2023 NFL draft. And it doesn’t get much better than Young.

Based on Mellor’s predictions, Young is the second-seeded quarterback, behind only Ohio State’s CJ Stroud. However, he could very well overtake Stroud with another sensational season in 2022.

The 20-year-old Young has just started a season in college football and has already caused quite a stir. Young won the Heisman Trophy in the 2021 season after throwing 47 touchdown passes against seven interceptions and 4,872 passing yards. His touchdown and passing yardage marks are single-season school records. In his first season as a starter, he also led the Crimson Tide to the College Football Playoff National Championship.

An NFC scouting director noted that Young would be the first quarterback off the board if eligible for the 2022 NFL draft.

“He’s getting better every week,” the director told Sports Illustrated’s Albert Breer in December. “A mature player who doesn’t force the ball seems to take what the defense gives him. He has good rhythm and shows an ability to make plays from the script. Accuracy and arm strength are very good. He can anticipate and improve his consistency.”

Alabama’s previous two quarterbacks before Young — Tua Tagovailoa and Mac Jones — were drafted in the first round in 2020 and 2021, respectively. And while both quarterbacks led the Crimson Tide to national championships, neither won the Heisman Trophy or was statistically as dominant as Jung.

Seahawks head coach Pete Carroll has made it clear that the franchise is not looking to trade for a quarterback before the start of the 2022 season. Assuming Seattle doesn’t have a surprise season in 2022, the Seahawks should be in prime position to draft Young next year.

On The Split soundtrack: “Grief is messy. The music should also be chaotic.

On The Split soundtrack: “Grief is messy. The music should also be chaotic.