Schwartzel wins the first LIV Golf event at the Centurion 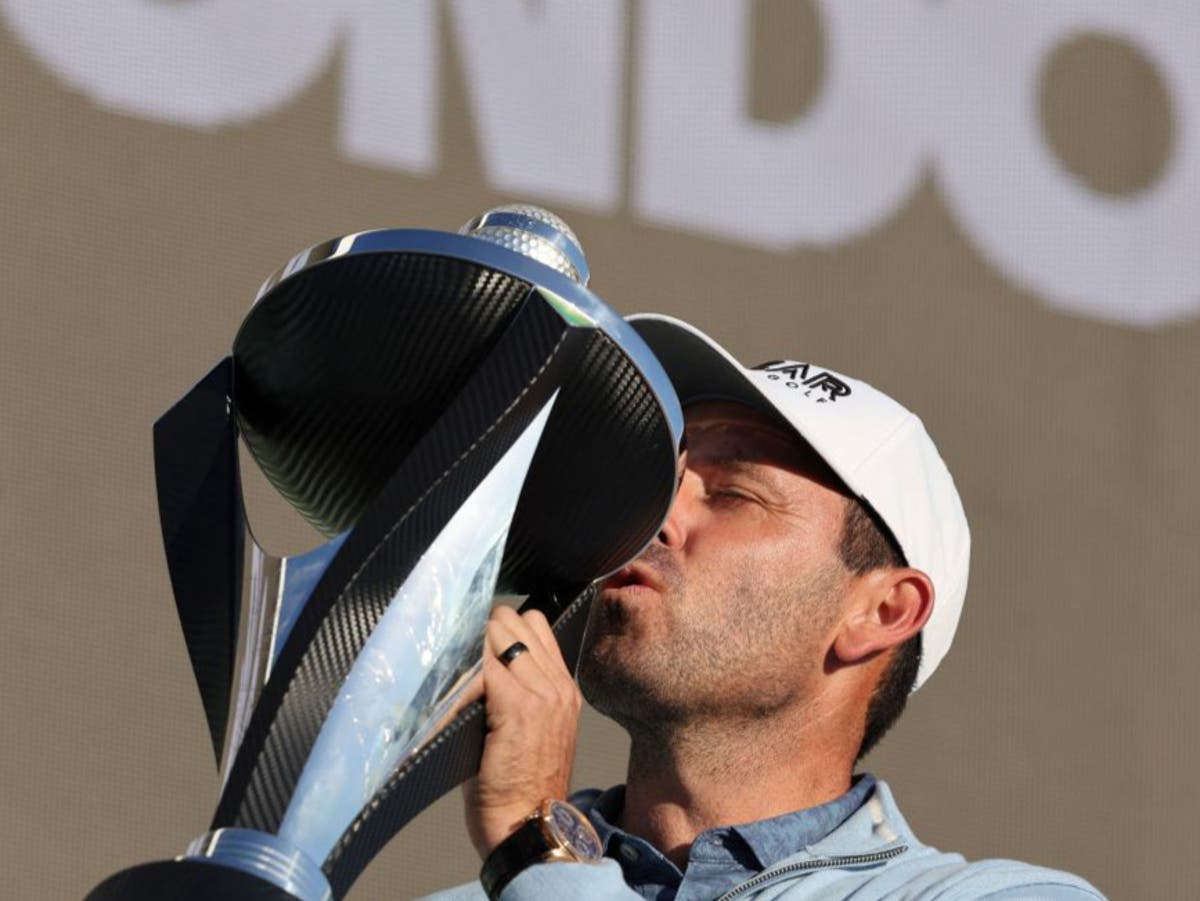 Golf’s renegade circus came to a terrific conclusion at the Centurion on Saturday when Charles Schwartzel hoisted a trophy of little consequence. The South African had held a three-shot lead on the final day of the inaugural LIV Golf event and the gimmicks of a team format and a shotgun start failed to induce any extra twists or turns through the trees at Hemel Hempstead as he drove to victory by one shot.

It was a day without drama and with few highlights that will remain in sporting memory, in which no one could complete a challenge, even as Schwarzel faltered in the back nine. However, that won’t stop it from being hailed as a resounding success by LIV Golf’s Saudi supporters. The jaw-dropping prize money was a bigger subject of fascination than any sporting merit, and its appeal to the golfing world only grew stronger as Patrick Reed and Pat Perez were announced as the latest PGA Tour incumbents to disembark.

Schwartzel collected a winner’s check worth a staggering £3.2million for his first professional win in over six years, but the wealth seeped through the rankings like an oil slick here. Hennie du Plessis, who put at least some pressure on his compatriot Schwartzel, earned over £2million for second place. Peter Uihlein’s birdie putt on the 18th that took him to third place was worth £180,000 alone. Andy Ogletree might have finished last with 23 over par, but the American still went home with a guaranteed £100,000.

It’s the massive, life-changing sums that the PGA Tour can’t match, and make no mistake, it’s only a matter of time before the group of aging rebels being lured here is transformed into a hard-fought field. Golf has little moral virtue to claim, and loyalty and legacy will continue to fall prey to vulgarity and greed.

“I had to stay calm, I made a bad mistake at 12, but I’m proud of how I persevered and it’s a great feeling,” Schwarzel said. “The guys put on a great show, what they did (at LIV Golf) exceeded our expectations. The way they treat everyone and the sums of money they give out as prizes.”

Knowing that players can easily be purchased from LIV Golf’s seemingly inexhaustible resources, there are still aspects of the LIV outlier that require more than a little tweaking. The team format added nothing to the spectacle, other than further bolstering the players’ bank accounts, and few of the fans in attendance seemed to believe the concept. The so-called ‘Stinger GC’ team, made up of South Africans Schwartzel, Du Plessis, Branden Grace and Louis Oosthuizen, won 14 shots in a landslide win and amassed a further £600,000 each for a feat they certainly took little notice of in their last Round.

Greg Norman has taken a backseat since his media launch blip last month when he claimed “we all make mistakes” over the murder of Jamal Khashoggi, but the Australian was smug and smiling as he walked in for an award Limelight Returned ceremony that gave no meaning to Schwartzel’s victory other than the preceding hash marks. “We’re going to charge up the game of golf and go around the world to show that golf is a force for good,” he said with typical ignorance.

But perhaps that’s exactly what makes LIV Golf such a foreboding proposition. There’s little pretense or disguise for its purpose, it’s no form of subtle sports washing, it’s open and blatant, and picking up on a game that’s more than a willing henchman. Saturday proved that this will also be possible in the future with considerable success.