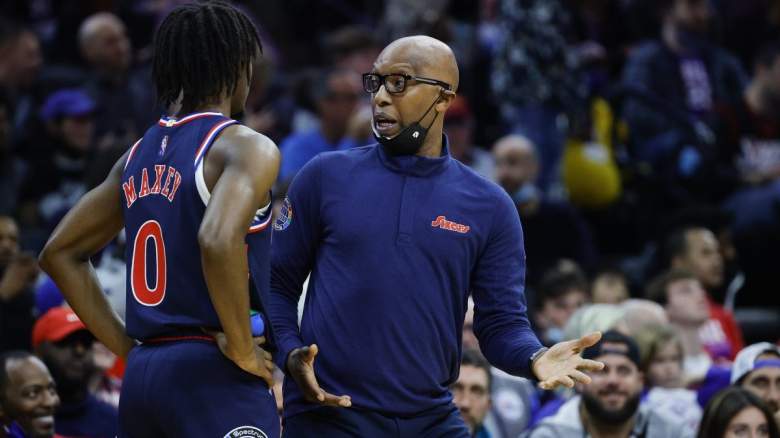 At the start of last season, the Philadelphia 76ers found themselves in a rather bizarre situation. After a stunning postseason performance, Ben Simmons decided he wanted a new change of scene. As Daryl Morey weighed his options for a reasonable return, the former No. 1 pick distanced himself from the team.

With a gaping hole in his starting lineup, Doc Rivers turned to Tyrese Maxey to fill the three-time All-Star’s void. What began as an unfortunate circumstance proved to be a springboard for the sophomore’s career. Maxey stormed onto the stage and was quick to show why he was considered the biggest bargain in his draft class. In his first full-time season, the 21-year-old averaged 17.5 PPG, 3.2 RPG, and 4.3 APG.

Several areas of Maxey’s game took a step up in the sophomore year, and one person who deserves a ton of credit for that is assistant coach Sam Cassell. The former three-time champion has helped numerous guards over his coaching years, with Maxey being his youngest apprentice.

Along with Cassell’s coaching, Maxey’s drive and work ethic are key catalysts in his ever-evolving game. In a recent interview with NBC Sports Philadelphia, Cassell opened up about how hard the young guard is working behind the scenes.

Maxey’s biggest jump was his three-point shoot. After hitting just 30% of his three-pointers as a rookie, his percentage jumped to 42.7% at double the volume (1.7 attempts per game to 4.1).

Due to a lack of depth at the guard position, the Sixers signed Myles Powell to a two-way deal for contingency needs. The 25-year-old spent most of his time in the G-League, where he averaged 22.4 PPG and 3.1 APG. Powell played 52 total minutes in 11 games for the Sixers. During that time, he had 13 points, six rebounds and three assists.

After a brief stint in Philly, Powell goes overseas to further his career. It was recently reported that he has signed a contract with the Bay Area Dragons in the East Asia Super League.

With a new season starting right around the corner, discussions have begun about who has the potential to have a breakout year in 2023. For the Sixers, many have circled De’Anthony Melton as someone who can burst onto the scene this year. but Daryl Morey has another player in mind.

During an AMA on Instagram, Morey was asked who is the most under the radar for the Sixers this season. He chose defense specialist Matisse Thybulle.