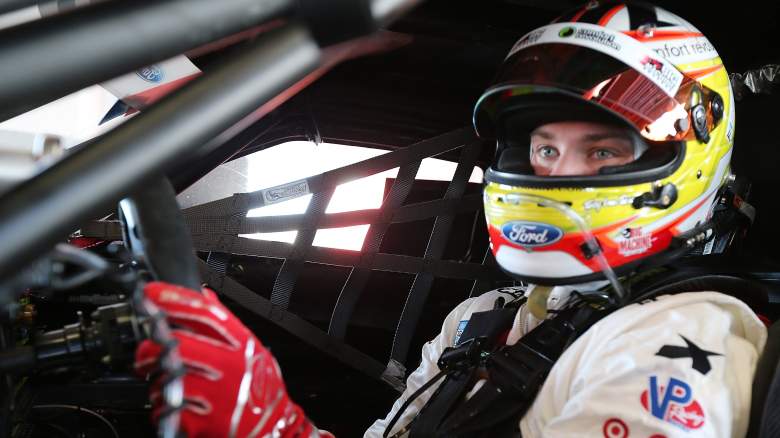 The driver, who started in both NASCAR and IndyCar, continued to impress in the Nitro Rallycross Next. Sage Karam, who drives the number 24 for Dreyer & Reinbold Racing, has swept the weekend with a dominant performance.

Karam traveled to Phoenix after winning at ERX Motor Park in Minnesota. He had added confidence in his abilities after recovering from a spin on the first lap that left him last in the field to capture the checkered flag. Karam then used this self-confidence and combined it with a strong advance performance to win the final on Saturday, November 13th. He then repeated it on Sunday November 14th.

The win on Sunday in particular was a dominant performance by Karam. He started from pole after winning his heat race and he never gave up the place. He led the field for all six laps, holding off attacks from multiple riders and building an insurmountable advantage for himself while his rivals made mistakes. Karam drove to victory and then stood on his car in front of the cheering crowd.

When Karam climbed off the roof of his car for his post-race interview, he was immediately faced with a big question. After three straight wins and a weekend sweep at Wild Horse Pass Motorsports Park, does he have a goal on his back?

According to Karam, the answer is yes. He admitted that the other drivers in NXT Next are all on the hunt for the next gold medal and will score crucial points for the final championship push. He added that they are all talented individuals capable of winning each of the weekend double winners.

Karam added two more wins to get back into the race. He has 200 total points for the season, good enough for fifth overall with two weekends left. He is 20 points behind Jansson and Lane Vacala with trips to Glen Helen Raceway (California) and The FIRM (Florida) on the map.

Karam made it very clear during the trip to Phoenix that his goal is to drive as much as possible and in different series. He told Heavy that he would like to run full-time in either the Xfinity Series or the Camping World Truck Series.

“I learned a lot and at some of these races I did better than I thought and that led to some confidence that went into the off-season and said, ‘Hey, maybe I could do this more to the fullest. Time capacity. ‘ So I would love to race full time in XFINITY or even NASCAR trucks, ”Karam Heavy said during a sitdown interview.

Karam also stated during his post-race press conference that he would like to make a name for himself on NXT Next before testing the supercars. He expressed the wish to compete with Travis Pastrana, Tanner Foust and all heavyweights in the top class of nitro rallycross. Karam doesn’t know if he will get that chance in the supercar division, but he will continue to aim for wins and the championship title.