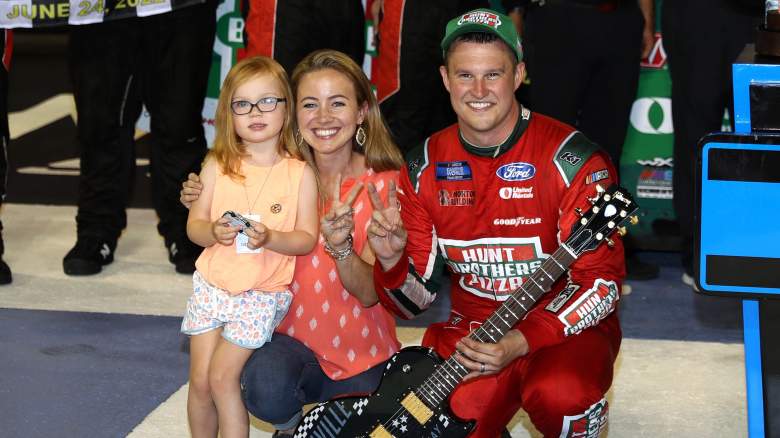 Ryan Preece has been a popular name in discussions about the future of the No. 10 Stewart-Haas Racing Ford. The belief is he could replace Aric Almirola, but the Connecticut native hasn’t finalized anything for the 2023 Cup Series season.

Preece addressed his uncertain future before competing in the NASCAR Whelen Modified Tour at New Hampshire Motor Speedway. He explained that he is optimistic about the 2023 season and the potential for numerous starts. Although Preece also reiterated that he has not signed anything about future possibilities.

“Here’s what I can tell you — I can tell you that I’m as confident as ever that partners and all these things could come together and it’s going to be a great fairy tale ending for myself,” Preece said, transcript courtesy by NASCAR Media. “But at the same time there is nothing on paper. And until all the stars and all of that stuff match up, right now I have absolutely nothing. It takes everything to come together.”

Preece, who spent three seasons with JTG Daugherty Racing, took on a different role in January. He signed with Stewart-Haas Racing as a reserve driver. This deal did not include a full-time seat, but it did include starts in the three national series.

Preece has made 11 starts in the three national series in 2022, all through technical alliances between SHR and other teams. He has joined Rick Ware Racing for the Busch Light Clash at the LA Memorial Coliseum, as well as trips to Dover Motor Speedway and Charlotte Motor Speedway.

The veteran’s entry list also includes three in the Xfinity Series for BJ McLeod Motorsports, resulting in two top 10 finishes and one top 5. He finished fifth at Charlotte Motor Speedway while driving triples.

Preece has made the most starts (six) in the Camping World Truck Series, all with David Gilliland Racing. He won at the Nashville Superspeedway – his second Truck Series win at the track – and had five top five finishes overall. The only exception was an 11th place finish at Charlotte Motor Speedway after a touch by Carson Hocevar in overtime took a chance at the win.

Preece has a goal of returning to running full-time in the Cup Series while trying to make the playoffs and pursue a championship. To achieve this goal, he must overcome two major hurdles.

The first – and most obvious – hurdle is opportunity. Preece needs a place to be open. The No. 10 is the most frequently mentioned option, but Aric Almirola recently admitted he has been considering a return after decision-makers kept asking him. If Almirola changes his plans and returns, Preece may have to look elsewhere for another opportunity.

The second hurdle is sponsorship. Preece needs to prove to teams that he can bring companies to the table that support a season-long run. His part-time schedule in 2022 included racing with Hunt Brothers Pizza and United Rentals with his various vehicles. Kevin Harvick’s management company is representing Preece and helped facilitate the deal with Hunt Brothers Pizza in both 2021 and 2022.

There are questions as to whether Preece will overcome these hurdles and secure a chance in 2022. He doesn’t have any answers, but he remains adamant that he’s ready to go back to full-time work and fight for some wins.

“My entire career has been known as the guy who jumps in whenever someone needs someone, or when they have eight races where they want to go out and fight for a win,” added Preece. “I don’t want to be just that guy. I feel like I’ve worked really hard in my career to keep working and giving myself opportunities. So I’m ready for this step. I’m ready for this role.”