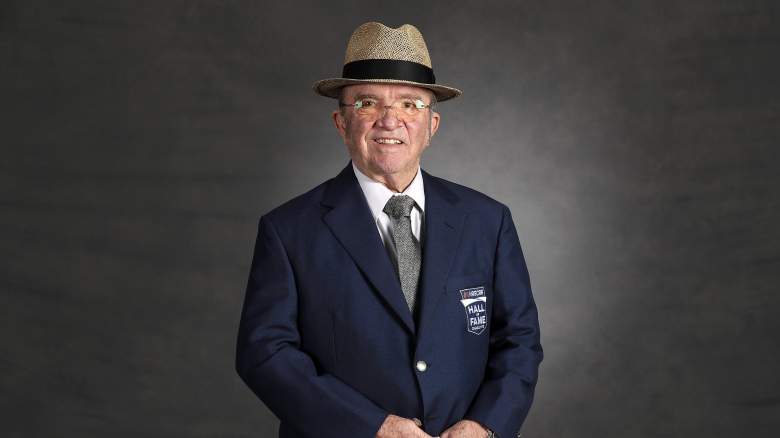 The days of the Roush Fenway Racing name could come to an end as the team enters a new era. The NASCAR Cup Series organization has set the date for a “big announcement” to discuss future branding, which is likely to include a name change.

According to Frontstretch’s Davey Segal, the announcement will take place on Tuesday, November 16. Jack Roush, Brad Keselowski and team president Steve Newmark will all head to Charlotte Motor Speedway to discuss the future of the organization. This press conference will be Keselowski’s first official meeting with media representatives since he left Team Penske and joined RFR as driver-owner.

The RFR social media team had previously instigated a “legal” name change on October 19. The team responded to a tweet from Oscar Mayer saying the company would legally change the name to “Yer”. RFR fired back with “also change our name legally”.

The branding change isn’t the only update that may be on the way. RFR also teased a revelation of a scheme on Nov. 12. The team tweeted a video that showed the outline of a stock car surrounded by smoke. The RFR green provided additional flair.

People on social media tried taking screenshots and changing details with photo editors to get an early look at the design. However, these efforts revealed that the car in the video was indeed empty. There would be no early glimpses of Keselowski’s No. 6 Ford Mustang.

The primary plans for the # 6 remain a mystery, but RFR previously confirmed a detail. The team announced on September 21 that Violet Defense would take over the number 6 for multiple races through the 2023 season. The stock car will be painted purple as Keselowski battles for victories.

“We are excited to support the Roush Fenway team on and off the track,” said Terrance Berland, CEO of Violet Defense, in a September 21 press release. “Our goal is to continue to find new and innovative ways to use our UV disinfection solutions to keep athletes and employees healthy and productive. And we’re very excited to have the opportunity to take part in Brad’s premier season with the team and look forward to the energy surrounding his arrival. “

Violet Defense is part of the family for the 2022 and 2023 seasons, but there are many more to join before Keselowski moves up to # 6. But will RFR use the press conference on Tuesday November 16 to share these details?

Keselowski told media representatives ahead of the trip to the Las Vegas Motor Speedway that talks would be held with potential partners about the 2022 season. He clarified that he wouldn’t be giving specific details until the end of the 2021 season, but noted that there might be some who are new to the sport.

“We have amazing conversations. The market is incredibly strong – in the decision-making phase, so to speak, about some really great partners who are new to the sport, so I’m thrilled with where we are, ”said Keselowski during a call to Zoom on September 23, courtesy of Jayski. “Of course I have nothing to announce today. I think I would expect us to make a consolidated announcement regarding our sponsors and branding initiatives and team line-up after the end of the season so I’m really excited. “

If RFR follows the schedule drawn up by Keselowski, they will make a large number of announcements on November 16. They could reveal the new team name, showcase the # 6 Ford, and highlight some of the key partners for 2022.