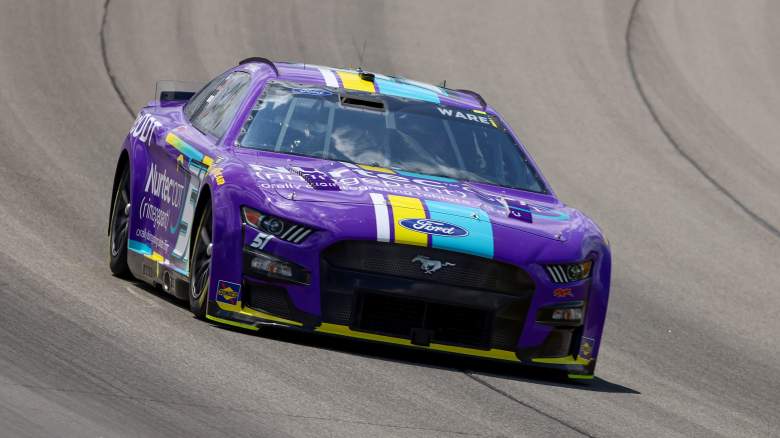 Rick Ware Racing makes a move for the 2023 Cup Series season. The two-car operation will form a technical alliance with RFK Racing, according to a report from Racin Boys.

Lee Spencer presented the report on November 28th. She provided quotes from RFK Racing President Steve Newmark, who confirmed that RWR will lease space on the RFK Racing campus in Concord, NC. Spencer also reported that this tech alliance is for “2023 and beyond.”

Spencer was the first to report on this technical alliance. Rick Ware Racing also confirmed this by tweeting a simple message expressing his excitement for the future.

RWR will continue to source its engines from Roush Yates Engines. The Cup Series organization signed a multi-year deal with the manufacturer ahead of the 2022 season while moving to the Ford Performance family. This relationship will continue as RWR and RFK Racing start working together.

Rick Ware Racing features in several racing series. The team competes in entries in IMSA, the NTT IndyCar Series and the FIM World Supercross Championship. RWR also announced a move to NHRA. However, NASCAR remains the primary focus of the organization.

The 2022 Cup Series season saw many changes for Rick Ware Racing. The organization reduced from four entries to two and became a full member of Ford Performance.

Part of this move to Ford, which RWR announced in October 2021, involved a technical alliance with another organization. Led by Rick Ware, the team struck a deal with Stewart-Haas Racing running through the 2022 Cup Series season.

The technical alliance between the two teams included support from SHR as RWR built its fleet of next-generation cars. RWR also leveraged the development pit crew while continuing to strive for better performances each week.

The alliance with SHR was just a step for RWR as the organization sought to become more competitive in the first year of the next-gen era. The technical alliance with RFK Racing and the move to the Concord campus are two other important steps as RWR continues to track progress.

The technical alliance with RFK Racing will potentially help RWR make positive progress in the 2023 Cup Series season after its drivers achieved three top 10 finishes in 2022.

The Alliance is just one piece of this puzzle. RWR also needs riders and sponsors for its entries, but the organization hasn’t announced details about the lineup and whether there will be full-time riders or a rotating group of options.

The 2022 season consisted of two separate setups. Cody Ware was the full-time driver of the #51 Ford Mustang, which saw an increase in starts after 32 starts in 2021. Meanwhile, the #15 Ford Mustang had several drivers filling out the 36-race schedule.

JJ Yeley was the main driver for the entry, having raced twice in the Cup Series and Xfinity Series. He made 18 starts in the No. 15, a run that included a 23rd place finish at Bristol Motor Speedway. Joey Hand and Garrett Smithley each made six starts while Ryan Preece made two. Parker Kligerman added a start to the list.

David Ragan only made four starts but he had the best finishes in 15th place. He finished eighth at the season-opening Daytona 500 and then ninth at the Coke Zero Sugar 400 at Daytona International Speedway.