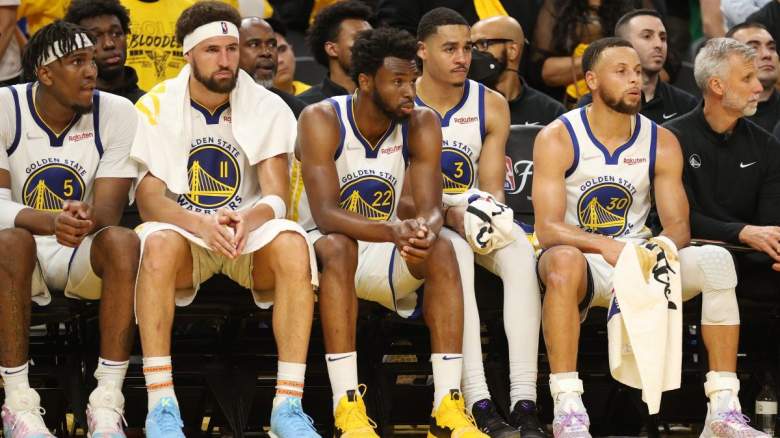 The Golden State Warriors won’t look incredibly different next season, but they need a face to stand out clearly from the background if they hope to be champions again.

Steph Curry has expressed that the Dubs’ most recent title is the most significant of the four he’s won as a member of the franchise, at least in part because it was so difficult to win. The difficulty of this trip speaks to roster flaws that Golden State had to overcome — flaws the Warriors will need to fix if they hope to return to the NBA Finals next summer. The Dubs’ primary deficiency last season was a lack of interior size, which impacted defensive matchups and the ability to consistently clean the glass.

The Warriors were unable to escape the staff revolving door that rotates through the league each summer, resulting in the loss of several key players and the addition of new pieces to replace them. One such piece was big man JaMychal Green, who was to provide some livery assistance to Kevon Looney and Draymond Green.

But perhaps the best answer to the Warriors’ troubles all along came in the form of former No. 2 overall James Wiseman, who missed all of last season with a knee injury. If Wiseman stays healthy and becomes the player Golden State drafted him to be, the team can potentially turn their greatest weakness into a strength.

While his plea for the Warriors as a contender is linked to several members of the roster, Wiseman figures prominently in the equation.

Aside from how Wiseman, Kuminga and Moody will develop and adapt to likely larger roles, the last major question in Golden State concerns Andre Iguodala’s future.

The longtime veteran has yet to announce if he will be returning for a 19th NBA season, although he’s expected to make a decision via his podcast in the coming weeks. NBA insider Marc Stein reported on Sept. 18 that Golden State is planning the return of Iguodala but is also preparing for the opposite.

“The Warriors, I’m told, expect Iguodala to play another season but are prepared for any outcome and also ready to put the 18-year veteran back on his schedule,” Stein wrote. “The Warriors, as mentioned above, are shortlisted for teams to start training camp a few days early because they’re playing a couple of exhibition games against them [Washington] Wizards in Japan next [September] 30 and [October] 2.”