Republic of Ireland ends qualifying round with victory in Luxembourg 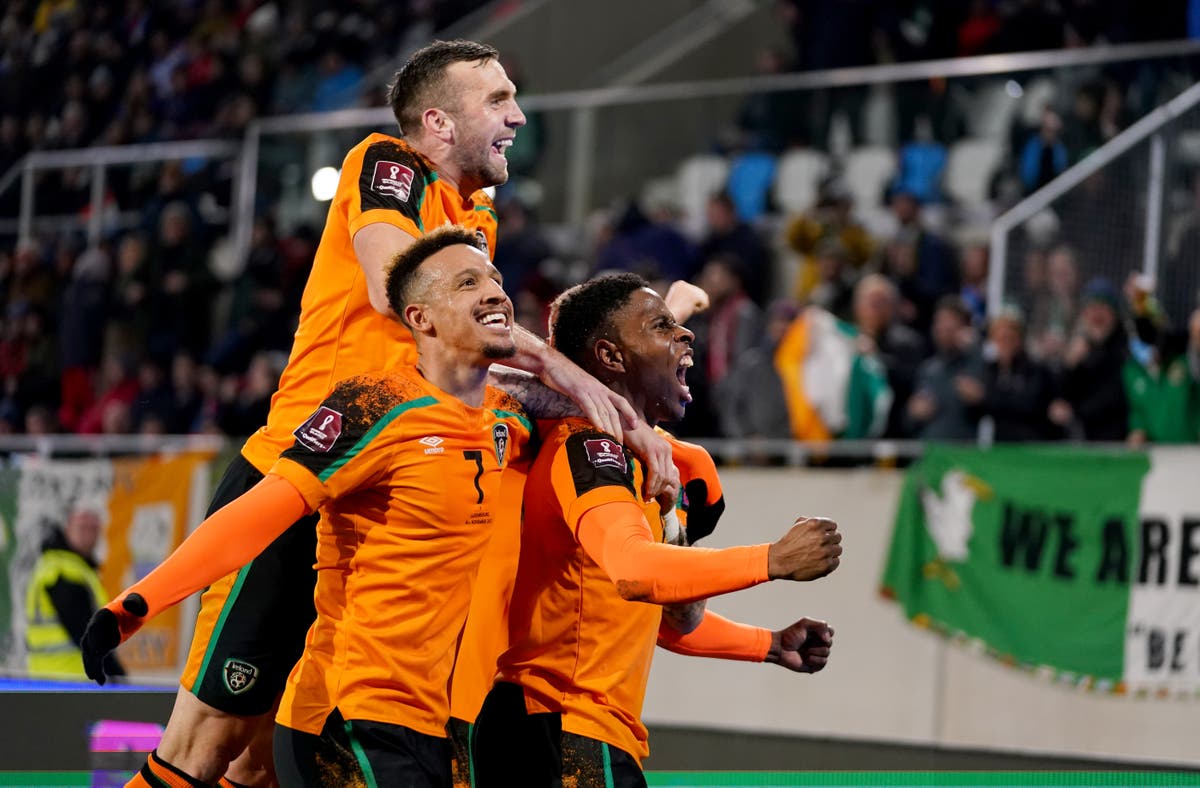 Stephen Kenny’s hopes for a contract extension were heightened when the Republic of Ireland beat Luxembourg 3-0 in their final World Cup qualifier.

Shane Duffy Chiedozie Ogbene’s and Callum Robinson goals in the last 22 minutes secured victory – Ireland’s second in a competitive game after 15 attempts – and third place in Group A behind Serbia and Portugal.

President Gerry McAnaney and Chief Executive Officer Jonathan Hill were part of a delegation from the Football Association of Ireland at the Stade de Luxembourg as they prepared to sit down to discuss Kenny’s future after a campaign started badly but ended more promisingly.

Luxembourg played a key role in that terrible start when they won 1-0 at Aviva Stadium in March, but despite correctly posting a 0-0 goal, they rarely threatened a replay in front of a sold-out crowd of 9,268 in their new stadium.

In front of FIFA President Gianni Infantino – who was whistled loudly by the audience – and Luxembourg’s Grand Duke Henri, it was Luxembourg goalkeeper Ralph Schon who came into play first. Ogbene had been played over to the right and delivered an inviting cross.

Adam Idah unsuccessfully requested a penalty 14th minute after falling under defender Vahid Selimovic’s challenge, and Ogbene remained similarly unrewarded three minutes later after Maxime Chanot appeared to pull on his shirt after he burst past him was.

The pace of Ogbene and Robinson and the distance of James McClean created real problems for Luxembourg, although false-footed Gavin Bazunu had to act cleverly to acrobatically fend off Olivier Thill’s attempt from a distance after he chopped off Josh Cullen on the way to goal.

Gerson Rodrigues, who scored five of his team’s eight goals of the season before kick-off, kept the Republic’s rearguard on their toes with his clever moves and tricks while Thill was busy in midfield but with little or no end product.

Already needed strong hands to deflect Ogbene’s attack over five minutes before break and then scrape away John Egan’s header, with Ireland more likely to take the lead.

Idah hit a Jeff Hendrick cross, Robinson was perhaps better placed behind him, and the Newcastle midfielder missed a shot from Matt Doherty’s through ball as Ireland carried on with a real aim.

Doherty shot up and far from a distance, with increasing momentum, although it might have died in the 54th minute when the home side thought they had taken the lead.

Danel Sinani was in awe after knocking Laurent Jans’s cross past Bazunu, but Hungarian referee Tamas Bognar ruined his evening by blowing substitute Maurice Deville for a foul on Duffy during set-up.

Luxemburg’s misery worsened with 22 minutes left when Selimovic headed a Josh Cullen free kick after a foul on substitute Jason Knight, but was only able to help Duffy at the far post and he accelerated into the net from close range.

It got even more intense seven minutes later when Hendrick Knight took Knight’s run into the box and boldly pulled it back so Ogbene could lift the ball over the advancing Schon and was complete with two minutes from time when Knight McClean’s cross for Robinson came back into goal turned to tap an empty network.