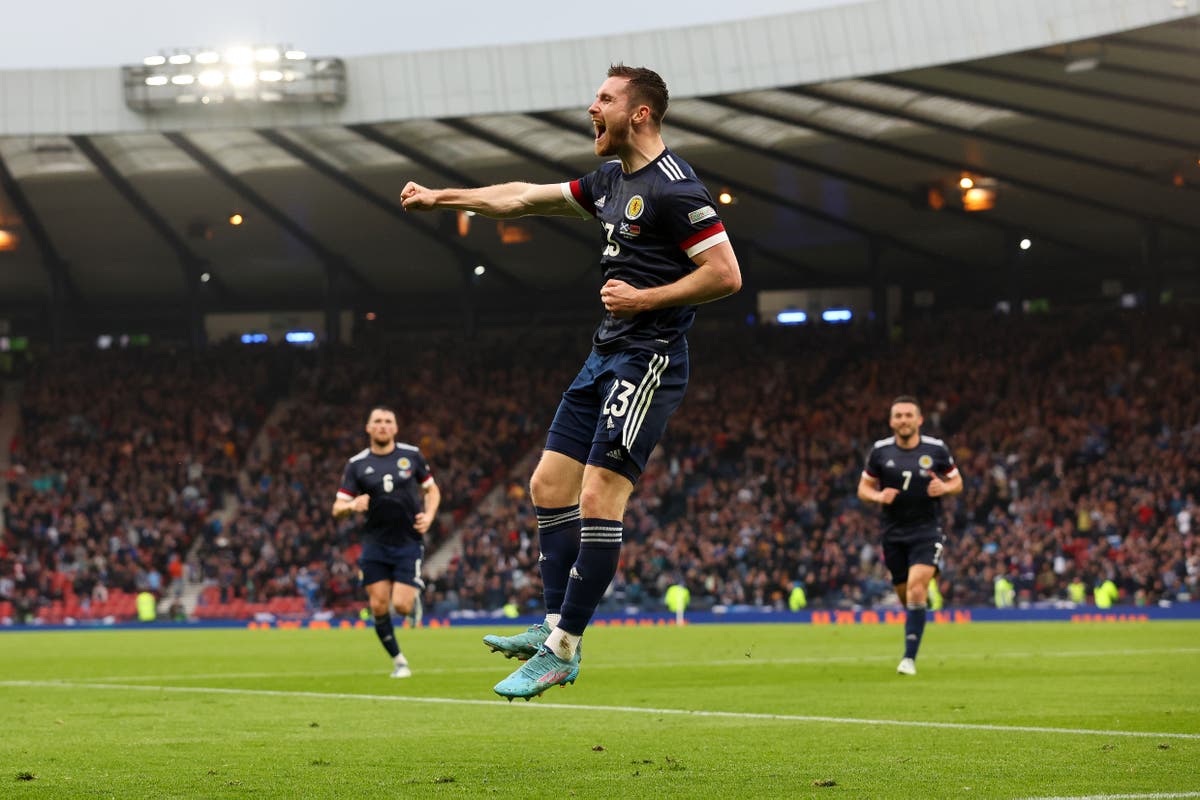 Anthony Ralston and Scott McKenna scored their first international goals as Scotland started the Nations League with a comfortable 2-0 win over Armenia at rain-soaked Hampden Park.

A week after World Cup 2022 hopes ended in a demoralizing defeat by Ukraine in the play-off semi-finals at the National Stadium, Steve Clarke’s side dealt with a 92nd-place team in the Group B1 opener.

Celtic full-back Ralston, starting for Scotland for the first time, headed the home side in the 28th minute as they dominated before Nottingham Forest defender McKenna doubled that lead with a header five minutes before the break.

It was a less-than-stressful night for Scotland, who travel to the Republic of Ireland on Saturday before traveling to Yerevan for an away game against Armenia on June 14. Ukraine are also in the group but three points is a positive start.

There has been an air of desperation in Scottish football since he was denied a chance to go to Qatar later in the year.

Hampden Park, packed for the Ukraine visit, was less crowded and certainly less noisy for Scotland’s first-ever game against Armenia, who started the season with a surprise 1-0 home win over the Republic of Ireland at the weekend.

Clarke made six changes, with Ralston earning his second cap while fellow defenders McKenna, Jack Hendry and John Souttar were drafted along with midfielders Ryan Christie and Stuart Armstrong.

Armenia coach Joaquin Caparros was hoping for another upset for the League B newcomers, but they were on the defensive from the start and escaped in the fifth minute when Armstrong hit the outside of the post with a low shot from 12 metres.

The visitors seemed to offer nothing in attack, but in the 13th minute they caught the offside trap, but Eduard Spertsyan’s shot was too weak to disrupt keeper Craig Gordon.

Hampden fell silent as Scotland’s threat receded but came alive again in the 28th minute when the home side took the lead with an easy goal.

Armstrong took a pass from Robertson and sliced ​​a cross at the back post where Ralston charged in to head in over Yurchenko.

The goal put the Scots’ fears at ease and in the 40th minute McKenna climbed up the back post and headed into a corner from John McGinn to open his account for Scotland in their 25th appearance.

The tall defender had the ball in the net again in stoppage time after a first hit on the crossbar, but after a VAR check, referee Sebastian Gishamer ruled it offside.

Armenia made three substitutions early in the second half – Wbeymar, Vahan Bichakhchyan and Taran Voskanyan came on – but Scotland remained in control.

In the 57th minute, Christie missed a header from a McGinn cross before Armenia threatened a couple of times on the break.

Five minutes later, amid the returning rain, Yurchenko tipped a McGinn blitz onto the crossbar from 18 yards and Armenia eventually escaped.

Sunderland striker Ross Stewart made his debut in the 87th minute – replacing Christie while Jacob Brown took over for Che Adams.

The Scots will face bigger challenges but they did what they had to do against a very limited side.